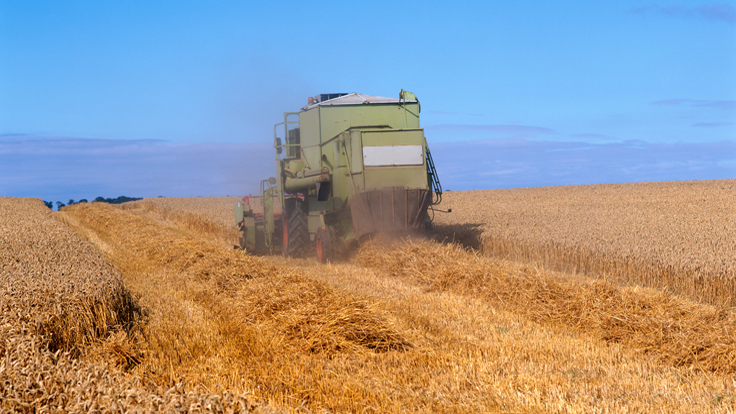 
Although farmland may not sound like a sexy investment, it has performed better than most other asset classes in the last couple of years. Prices have risen so high that Jeffrey Havsy, director of research at the National Council of Real Estate Investment Fiduciaries (NCREIF) in Chicago says that there is potential for a bubble.

According to NCREIF's Farmland Index for 2012, the total return for farmland in the US was 18.58 percent. "These returns are above average and are not sustainable," Mr. Havsy says.

The long- term average is between 10 percent and 12 percent, he says. "But even if the returns dropped to six percent next year that is still a positive number. You only have to worry if returns become negative," Mr. Havsy says.

While the NCREIF data reflects the trends, it is difficult to get a handle on exactly how much farmland prices have risen in recent years, for a variety of reasons. The U.S. Department of Agriculture (USDA) conducts a survey of the average price per acre each year on January 1, but that number doesn't come out until August, says David Oppedahl, business economist at the Federal Reserve Bank of Chicago. The latest figure available--$2650 per acre--is from January 1, 2012, which does not shed light on any increases in the past year. 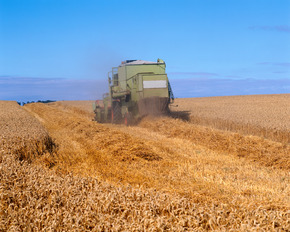 According to NCREIF's 2012 Farmland Index, the market value of 543 farmland properties held by NCREIF members was roughly $3.6 billion as of December 31, 2012. This compares to roughly $2.8 billion at the end of 2011, the total for 492 properties. "Properties move in and out of the index as some are sold and others are acquired," notes Christopher Jay, finance director of Prudential Agricultural Investments, a unit of Prudential Mortgage Capital Company in Chicago and farmland committee chairman for NCREIF. With this kind of movement, it is hard to make price comparisons from year to year.

The increases have many institutional investors trying to add farmland to their portfolios, Mr. Jay says.

"Institutional investment in farmland is a small subset, albeit a growing one," he says. "In many cases, local farmers are outbidding the institutions."

For institutional investors, who do look at various investment classes, many prefer farmland because the returns are high at a time of low inflation, Mr. Oppedahl says.

Although prices for farmland are high, when adjusted for inflation, the best three-year period during the 1970s--a period of high inflation-- was not as strong as the past three years, although it was close, Mr. Oppedahl says.  The early 1970s were marked by higher food demand, an increase in oil prices and a grain deal with the Soviet Union, all of which shocked the commodities markets, he says.

"The food situation has changed dramatically in the last decade," Mr. Oppedahl says. "There is a larger middle-class worldwide, so there is a larger demand for (commodities) such as soybeans and corn, much of which goes to feed animals." Then there's bio fuels, that also soak up demand for these same crops.

"Although the drought (last year) also caused commodity prices to rise, because yields went down, crop insurance shielded many farmers with covered crops--corn and soybeans primarily in the Midwest-- from losses, so they ended up with similar or even higher increases in income," compared to the year before, Mr. Oppedahl says.

In the Delta-- Mississippi, Louisiana and Arkansas-- farmland has become more profitable because of the higher amounts of corn and soy beans planted there than in the past, Mr. Oppedahl says. The higher profitability of corn and soybeans has encouraged some farmers to plant them over more traditional crops like cotton.

With permanent crops, the income return is higher, not only because of the type of the crop, but because the farms are directly operated, which means the institutional owner of the land has more oversight over the operation--and more risk and more reward. With annual crops, the land is more often rented out, which means the owner gets a fixed income in the form of rental payments, while the working farmer assumes the risk and reward. This is why, according to NCREIF's 2012 Farmland Index, the income for annual cropland was 4.39 percent, while it was 15.34 percent for permanent cropland.

So why don't more farmers produce fruit, rather than soy beans and corn? First of all, they may not have the right soil and weather for fruit, Mr. Jay says. In the Delta, where soil and weather conditions are conducive for growing cotton, they can also support other row crops, so more farmers are moving towards soy beans and corn, which are the most profitable of the traditional row crops, according to Mr. Jay. There is more farmland conducive to growing row crops than permanent crops, he says.

Whatever kind of cropland an investor prefers, each has its own set of risks. "The eastern half of the corn belt is out of the drought now," but things could change, Mr. Oppedahl says. "Farmland prices were relatively lower into last June; then the drought took off. Some people are betting that prices will be lower this year, because of more normal weather." 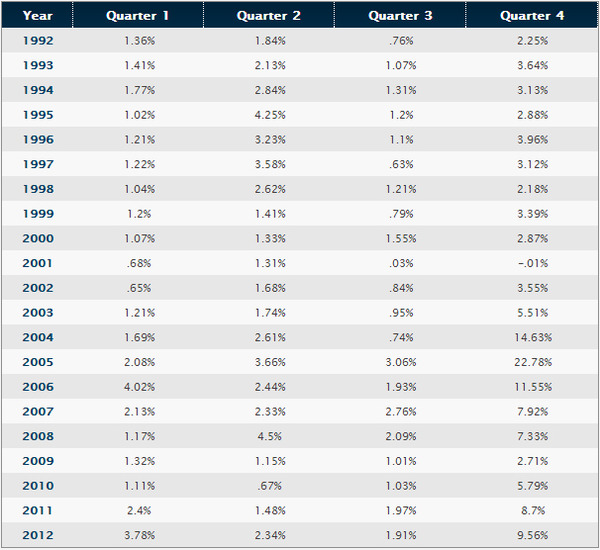