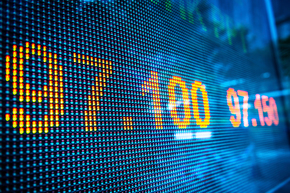 The commercial real estate market, and the U.S. CMBS market in particular, are likely to see steady improvement in the New Year, says Huxley Somerville, head of US CMBS at Fitch Ratings in New York. "A slow increase in volume is preferable; we would not like to see a 50% increase over 2012," he says. "A 15% to 20% increase would be much better. Otherwise, competition would lead to the erosion of underwriting standards."

"We expect 2012 CMBS issuance to finish at roughly $45 billion, with a slight increase to $50 billion as a possibility in 2013," says Zanda Lynn, managing director at Fitch Ratings.

"We've already taken a lot of ratings actions, so we won't see a lot of downgrades next year," says Somerville, in assessing the CMBS market. While he expects some volatility in that market at the lower tranches, "the prospect of rating downgrades...would be marginal, with those lower rated tranches likely to absorb most of the ripple effect," he says.

One of Somerville's biggest concerns about the economy, as it affects the commercial real estate market and CMBS in the new year, is unemployment. If the US does go over the fiscal cliff on January 1, 2013, he says, the amount of damage to the economy will depend on how long it takes for the political establishment to come to an agreement on the federal budget, he says. If no agreement is reached for nine months, for example, there would be an adverse impact on the GDP, says Somerville.

Looking at prospects for specific commercial real estate sectors, Huxley says that hotels and multi-family revenue numbers are approaching 2007 levels. "As we approach and maybe even surpass 2007 numbers, we worry that they won't be sustainable over the longer term. Apartment rents are going up rapidly, but there has not been much new supply over the last few years, and the main demand is coming from a strong demographic--18 to 35 year olds-- who are forming new households, he says. Also, there is some support for the apartment market derived from the decline of the single family home market, says Somerville. But over time, the demand for apartments may be reduced, he says.

Somerville is not concerned about an apartment bubble forming in the Northeast or Washington, D.C, given the barriers to entry in those markets, but in some western markets, such as Houston and Denver, it is much easier to end up with an over-supply of apartments in the future, he says.

"If there's going to be reduced spending as a result of tax increases (in 2013, because of the expiration of tax cuts), hotels would feel it first," says Somerville. "But with retail, there are still leases in place, so there won't be anything like (the financial debacle) that happened in 2008 and 2009," he says. There may be a flattening out of sales per square foot, however, says Somerville.

Finally, Somerville worries about the possibility of inactivity in the economy and an all-over decline. "My main concern is that there may be less liquidity available that would cause the fundamentals in commercial real estate to get worse and set back what was an emerging recovery," says Somerville.