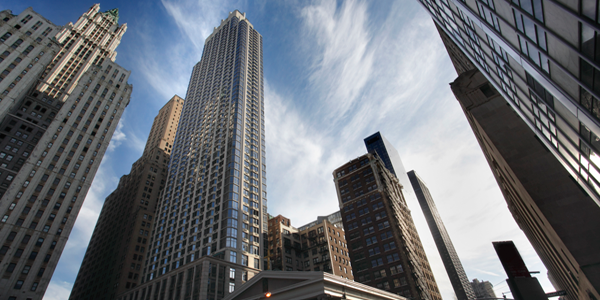 
Commercial mortgage-backed security delinquencies continue to decline in the U.S., reaching a three-year low at the end of February, according to Fitch. Two large loan modifications helped push delinquencies lower for the ninth straight month, the ratings service reports.

CMBS late payments declined 30 basis points in February to 7.61 percent from 7.91 percent a month earlier, according to Fitch Ratings. In addition, the dollar volume of delinquent loans fell below the $30 billion mark for the first time since February 2010. 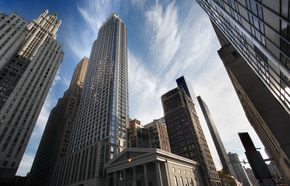 "We do continue to see delinquencies decline, but there can be months when delinquencies go up because of one very large loan," Mary MacNeill, Fitch's managing director, told World Property Channel. "There are a number of 2007 loans that are over $100 million that have been modified, or are still delinquent, that could significantly move the index."

The sharp drop in delinquencies in February was fueled by the resolution of two high-profile loans and their removal from Fitch's index. The first is a $195.1 million loan on the Babcock & Brown FX 3 portfolio, which consists of 14 multi-family properties with 3, 720 units in Texas, Nevada, Florida, Maryland, South Carolina and Virginia. The second is a $190 million loan on One Congress Street, a 1.2-million-square-foot mixed-use building, with mostly office space, in downtown Boston, according to Fitch.

"There is liquidity in the market, which helps (owners) refinance properties, but to the extent that they are not up for refinancing, or need more time to stabilize, the special servicer will often modify the loans, if they feel there is value (in the property that will be evident) eventually," MacNeill says. "Some modifications have been interest rate reductions that give borrowers time to stabilize properties."

Fitch reviews the dollar volume of deals, not the number of transactions.

"Although the industrial sector had the highest delinquency rate in February--9.61%, up from 8.69% in January-- it is the smallest of all the property types (in terms of the number of loans and their total dollar balance), so it is not a big contributor to CMBS," MacNeill says.

The industrial sector's delinquency rate in February was driven higher by the addition of the $148.8 million StratReal industrial portfolio II to the index, according to Fitch. Rates for all other property types improved month over month.

The StratReal Industrial Portfolio II consists of 10 industrial properties located in Tennessee, Ohio and California, according to Fitch. The portfolio's troubles began in 2010 and 2011 when several major tenants vacated. The loan, originated in 2007, is now considered in foreclosure based on the latest servicer comment, which indicates that the borrower has verbally agreed to a deed in lieu of foreclosure.

The Stuyvesant Town Peter Cooper Village CMBS loan also contributed to a relatively-high multi-family delinquency rate (9.14 percent down from 9.73 percent in January), MacNeill says. In this case, the rents didn't go up as anticipated when the $3 billion loan--spread across five different CMBS transactions--was originated with pro forma underwriting in 2007, she says.