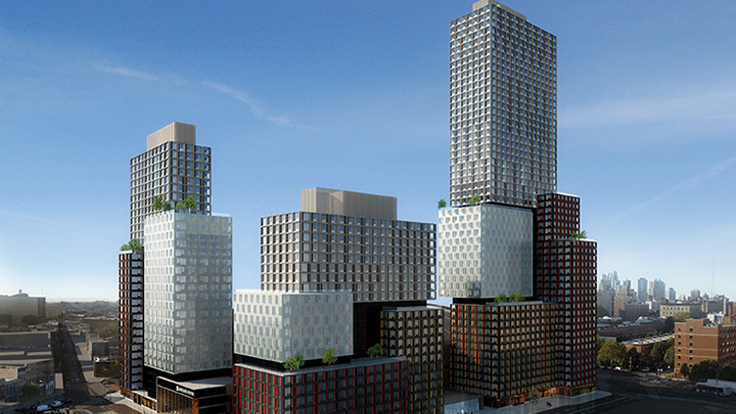 
Chinese property developer Greenland Holdings is planning to invest in a 15-tower New York apartment project, as the company ups its investments in the U.S. property market.

The Shanghai-based developer has signed a memorandum of understanding to purchase a 70 percent stake in the Atlantic Yards Apartment Project in Brooklyn, in what would be the largest commercial real estate development to get backing from a Chinese company, according to the Wall Street Journal.

The joint venture covers "both phase one and phase two of the project -- excluding  Barclays Center and the first housing tower, B2 -- including infrastructure, a platform and residential units," Atlantic Yards developer Forest City Ratner said in a statement. 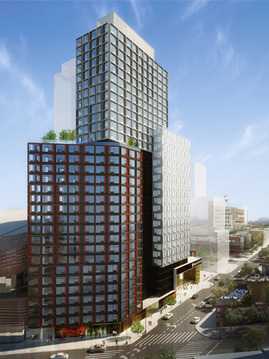 The partnership will allow Forest City to deliver the project "more expeditiously, which is important for Brooklyn and the entire city," Forest City executive chairman Bruce Ratner said in the statement.

Greenland is one of several Chinese development companies increasing their overseas property investments. Greenland announced its plans to ramp up investments out of China earlier this year. The company made its first purchase in the U.S. this summer, when it purchased a $1 billion stake in a Los Angeles project.

"Greenland holds a positive view on the U.S. market," Greenland chairman Zhang Yuliang said in statement. "The U.S. economy is recovering. There's ample amount of liquidity in the market."

The purchase price for the Atlantic Yards project has not been disclosed.

Under terms of the deal, Greenland would purchase the 70 percent stake in the project from Forest City Ratner Cos., which started the project and will continue to manage it, WSJ reports.

"The trend for Chinese developers to continue to invest in the property market abroad will depend on the returns they get in the first batch of such investments," Frank Chen, Shanghai-based head of China research at property broker CBRE Group Inc., told Bloomberg. "The biggest challenge they face is not knowing the foreign markets well, so it's wise to work with local partners."

The project, which is anchored by the Barclays Center arena, is expected to cost approximately $4 billion including debt. Forest City has invested $500 million in the 22-acre development to date. The company has committed to additional spending on land and infrastructure totaling hundreds of millions of dollars, according to WSJ.

Construction for the first 32-story residential tower started at the end of 2012. Half of the 363-unit building will be reserved for low-, moderate- and middle-income residents, Bloomberg reports. The project will also include one office building and retail space.