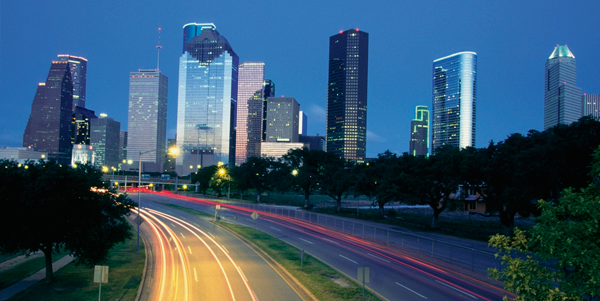 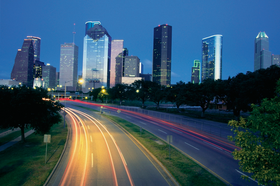 The Houston office market is vibrant, thanks to the metro's strong economy that generated 95,800 new jobs in the 12-month period ending October 31, 2012, the second highest number in the nation. The market had an unemployment rate of 6.2% as of October 31, 2012, down from 7.7% in October 2011. The national unemployment rate was 7.9% in October 2012, according to the US Bureau of Labor Statistics and Delta Associates.

Professional/business services and energy-related firms drove leasing activity in the fourth quarter in Houston's office market, according to the Delta/Transwestern office market report.  Vacancies had continued to decline, falling to 10.6% at year-end 2012 and asking rents increased by approximately 4.8% in 2012.

The office market in the Katy Freeway/Energy Corridor in Houston thrives because of the energy business. Home to BP America, Conoco Phillips, Exxon Mobil and the Shell Oil Company, this submarket had a vacancy rate in fourth quarter 2012 of 6.6%. This compares to the overall vacancy rate in the Houston metro (including sublet space) of 10.6% at year-end 2012, down from 10.9% in the third quarter of 2012 and 12% at year-end 2011.

Sales of office buildings in Houston returned to peak levels faster than in other major markets in the US, according to the Delta/Transwestern report, again, thanks largely to the energy industry. "The surge in hydraulic fracturing activities gives local energy companies the confidence and incentive to expand their workforces, which translates into greater interest in Houston's office assets," according to the Delta/Transwestern report.

With the exception of 2009, the nadir of the financial downturn in the country, office values in Houston have risen nearly every year since 2003 and will likely keep growing in the foreseeable future, as market conditions continue to improve, said the report