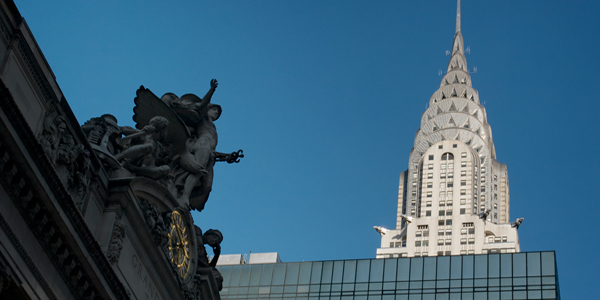 According to Jones Lang LaSalle's Spring 2012 Skyline Review for New York, most of the gains in Manhattan's average asking rental rates over the past year can be attributed to increases in rates for the city's trophy buildings.

Starting rents in some of New York's trophy product surpassed $175 per square foot for the first time since 2008.

"Vacancy levels continued to drop nationally in trophy and Class A properties in 2011; yet, with the exception of markets spurred by technology, energy and healthcare demands, they have a way to go before witnessing the lows of 2006," said John Sikaitis, Director of U.S. Office Research. "However, net-effective rents in the U.S. increased with some markets witnessing double-digit growth. With limited supply in the pipeline, we anticipate to see this upsurge trend in rents continue."

Demand within the Skyline segment continued to outpace that of the overall U.S. office sector through the end of 2011 and into 2012. In total, the Skyline market absorbed 6.5 million square feet of space in 2011 and outshined overall market rates by 40 percent. Vacancy levels also dropped from a high of 15.7 percent to the current level of 14.7.

In addition, only four markets - Boston, Houston, Miami and Washington, DC - delivered a total of seven new buildings compared with the 2007-2010 annual averages of 17 new buildings across the U.S. Skyline. Looking ahead, the development pipeline appears just as equally barren with a total of eight buildings under construction, measuring 6.1 million square feet with New York and Washington, DC accounting for nearly 90 percent of the space currently under construction driven by the World Trade Center and CityCenter developments, respectively. Looking forward, large blocks of space will continue to come at a premium across most geographies and tenant leverage will continue to slip with almost no new supply.

Overall, asking rents jumped 2.9 percent in 2011 to an average full service rate of $37.35 per square foot while tenant concessions packages have lowered with improvement allowances down 5.0 percent in 2011 and rent abatement down 5.1 percent.