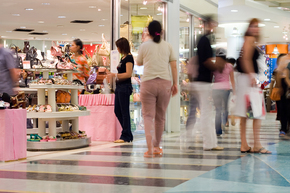 Higher gasoline prices, a rebound in auto sales in July, and stronger sales of building materials and supplies gave a boost to US retail sales, which had a small gain in August, according to a Marcus & Millichap September 21, 2012 research blog entitled "Escalated Energy and Food Prices Erode Consumer Spending; Pace Remains Well Ahead of Last Year." Core retail sales, net of auto, gasoline and building materials sales, did not fare as well as August levels slipped a bit over the month, according to the report.

Several segments remained fairly flat between July and August, such as food and beverage and sporting goods stores, while electronics and appliance and general merchandise stores posted declines. Also, continued lackluster sales in the clothing and department stores indicate that back-to-school sales volume was lower than originally thought.

August retail and food sales totaled $406.7 billion, representing a 0.9% monthly increase over downwardly revised July sales, a gain of 3.6%  from levels of a year go. Core retail sales, excluding cars, gasoline and building supplies, fell by 0.01% but are 3.8% higher on an annualized basis. An 8.8% increase in the price of a gallon of unleaded gasoline to $3.83 in July, according to AAA,  helps explain the 5.5% increase in monthly gasoline sales. Autos and building materials and supplies also posted  monthly gains of 1.7% and 1.0% and annualized gains of 12.3% and 1.4% respectively.

Non-store retailers reported sales that were relatively level with the prior month, but remain nearly 11% over 2011 figures, while department stores and electronics and appliance stores posted declining monthly revenues of 1.4% and 0.3%, adding to year-over-year declines of 2.3% and 0.8%, respectively.

The core CPI, excluding food and energy, averaged just below 2% for 2012 so far, and most price increases related to housing-related goods. But the rise in energy prices and higher food prices due to wide-spread drought conditions this summer, will limit discretionary purchases through the end of the this year.

As for the effect on commercial real estate of retail sales, the Marcus & Millichap report says that the revival of the residential sector, especially the single-family component, should help increase sales amongst multiple trade segments, as well increase demand for industrial space over the next few months.

Near-term though, the loss of momentum in the manufacturing and trade sectors could dampen demand for industrial space temporarily.  Net absorption in the industrial sector is expected to be anywhere from 125 to 135 million square feet in 2012, nearly three times the 45 million industrial square feet delivered in 2011. Vacancies will decrease by 50 basis points to 11%. With lower vacancy rates, effective rent growth is expected to be 4.5% nationally, and even higher for high-demand coastal and distribution hub markets, according to Marcus & Millichap.

While a retail recovery is underway, according to Marcus & Millichap, retailers continue to close under-performing stores, as well as create smaller formatted stores in urban markets. Although there may be a brief slowdown in retail sales, that shouldn't impact the existing demand for retail space, according to the research blog. Net demand for retail space in the first half of 2012 is on par with the same period in 2011. Net absorption of nearly 77 million square feet is expected to out-pace new space completions totaling 32 million square feet. This should result in a 50 basis point decline in the average retail vacancy rate in the US to 9.2% and a 1.3% effective rate growth.