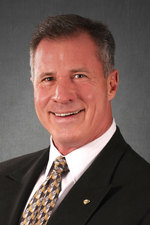 (Miami, FL) -- Miami seems to be a triple-crown-winner these days with its rapidly recovered condo market, strong increase in international tourism and now becoming one of the healthiest commercial real estate markets in the country.

According to the National Association of Realtors (NAR), Miami's commercial vacancy rates in the first quarter will be lower than the national average in all top four sectors. Office, industrial, retail and multifamily will all have lower vacancy rates compared to the average of the other 73 markets tracked in the February Commercial Real Estate Outlook.

Particularly stellar is the prediction that Miami will have an impressive 7.6 percent rate, which is more than four points below the national average of 11.7 percent for industrial.  Only Orange County and Los Angeles are predicted to have lower vacancy rates.  Retail, too, in Miami is forecasted more than 4.5 points lower at 7.3 percent, compared to the national rate of 11.9 percent.

"There was no overbuilding in the South Florida industrial market and almost no new construction during the past three years," said John Dohm, SIOR, CCIM, 2012 president of RCA MIAMI.  "Meanwhile, there is considerable pent-up demand due to lease expirations, the improving economy, and the continued strong trade with the southern hemisphere. These forces combined are causing absorption of existing space and creating demand for additional space to be built.  All-in-all the picture is very positive for South Florida and especially the Miami industrial market."

Further, NAR forecasts lower vacancy rates on a national level in 2013, suggesting an improved economy and commercial market in particular.  Forecasts point to significant rent growth.  Nationally, multi-family rental growth is predicted to be 4% in 2013 compared to 2.2% in 2011.