CBD Office Buildings Outperforms Other Commercial Sectors in the U.S. 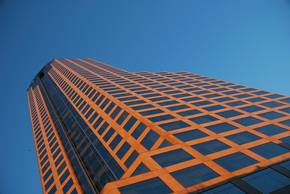 CBD office real estate prices in the US continue to out-shine other core commercial sectors, including suburban office, industrial and retail, according to Moody's/RCA Commercial Property Price Indices (CPPI) report for October, which includes data from August, September and October 2012 (the latest data available for the CPPI). This reflects strong institutional demand even as there was a 1.0% decline in core commercial overall as measured by the CPPI.

Composed of a group of 20 indices, The Moody's/RCA Commercial Property Price Indices (CPPI) is a series that measures price changes in US commercial real estate through advanced repeat-sale regression analytics. The indices use transaction data from Real Capital Analytics (RCA) and a methodology developed by David Geltner, a professor at the Massachusetts Institute of Technology, in conjunction with Moody's and RCA.

The good thing about the Moody's/RCA CPPI, says Tad Philipp, director of commercial real estate research at Moody's Investors Service, is that it track trades of the same assets. "It is the gold standard of indices to be tracking prices of the same properties, but it takes time for deeds to be recorded, so there is a slight lag," he says.

CBD office prices increased by 9.6% between August and October, 2012 and 17.4% in October 2012 compared to October 2011, according to the Moody's report. In comparison, "the CPPI national all-property composite price declined 0.5% in (the three months ending in) October as a 0.6% gain in (the apartment sector) was offset by the decline in core commercial," says Philipp. "Though commercial real estate prices have climbed 27.7% since the November 2009 trough, they remain 22.4% below the December 2007 peak," he says.

Commercial real estate markets (especially the office sector) that are located in the coastal gateway cities--Boston, Chicago, Los Angeles, New York, San Francisco and Washington, D.C.--generally have higher pricing than other markets. "That is because they have pulled away from the pack," says Philipp. "These markets are doing international trade," and have financial and tech hubs as well as barriers to entry, which make them attractive to institutional investors, he says. The smaller cities and suburban areas have more supply and fewer barriers to entry, says Philipp.

"Aside from the six major metro areas, as designated by the CPPI, we examined price performance in nine of the larger metro areas or combinations of metro areas within a region," says

Philipp. "Four of them, South Florida, Philadelphia/Baltimore, San Diego and Seattle, out-performed the national all-property index since June 2001," he says.

"Two areas, Denver, and a composite of Dallas, Houston and Austin, have seen appreciation since June 2001, although less than that of the national all-property index leaders," says Philipp.