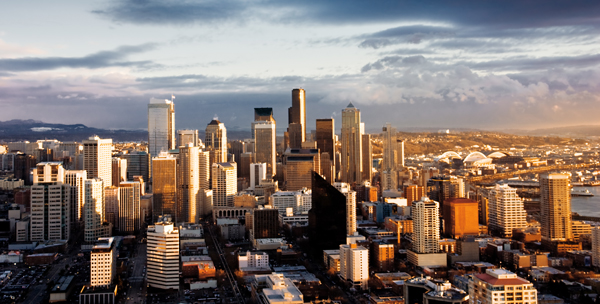 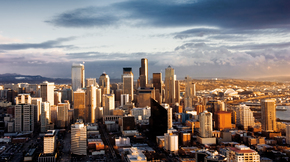 This past August, Paul Allen's Vulcan Real Estate, based in Seattle, put the 1.8 million-square-foot Amazon.com headquarters, located in downtown Seattle, up for sale. As of this month, Amazon.com has a $1.16 billion ($644 per square foot) contract on the 11-building complex that may close before the end of 2012, says Ann Chamberlin, managing director at Jones Lang LaSalle in Seattle. Amazon began moving into the building in stages beginning in fourth quarter 2011, she says.

"Amazon didn't expect to buy the building, but Vulcan, wanted to free up money for more development," says Chamberlin. "This is a good time to sell investment properties," she says. Seattle commercial real estate has become sought-after by institutional investors in the last couple of years, notes Chamberlin.

Vulcan has developed more than five million square feet of office space in the South Lake Union submarket, where the Amazon complex is located. It is one of strongest submarkets in downtown, with less than a 3% vacancy rate. "That is very low, given that overall, Seattle's office market vacancy rate is about 14%, "says Chamberlin. The strength of this submarket can be attributed to the strong technology and bio-medical businesses in the area, she says. "Microsoft has been the driver for the East Side market," including downtown Bellevue and the South Lake Union submarket is driven by Amazon."

Noting the strong investment sales market in the Seattle area, Chamberlin says, "The Amazon headquarters sale could well set a record," with regard to price, for all of North America."

Institutional buyers, including the Principal Financial Group, Cole Real Estate Investments, JP Morgan Chase and Kilroy Realty Corp., among other institutional players, have gravitated to Seattle in the last couple of years, while foreign buyers started to show increased interest in the Seattle office market in late 2011, says Chamberlin.

In the third quarter of 2012, there were several significant office sales in the Seattle market, according to a Jones Lang LaSalle third quarter office report. While there was a decrease in the number of sales, prices for the properties that did trade were noteworthy. Beacon Capital Partners sold two major Bellevue assets: the Skyline Tower for roughly $187 million, or $463 per square foot, and the City Center, Bellevue for $229 million, or $461 per square foot.

In October, according to Real Capital Analytics' website, MetLife and joint venture partner Clarion Partners signed a contract to buy the 1.1-million-square-foot former Washington Mutual Tower in Seattle for the rumored price of $550 million, or $493 per square foot. The seller is Beacon Capital Partners with joint venture partners--Seattle-based Wright and Runstad, and Shorenstein Properties.

Leasing activity in the Seattle office market slowed in the third quarter, but remained positive, keeping vacancies flat, reports Jones Lang LaSalle. Top tier, downtown Class A office buildings continue to do well, but their success comes at the expense of commodity Class A and Class B suburban properties.

Although the vacancy rate for Class A and B office properties in Seattle continues to be in the 14% range, overall vacancy has declined from the 18% range in less than two years, says Jones Lang LaSalle report.