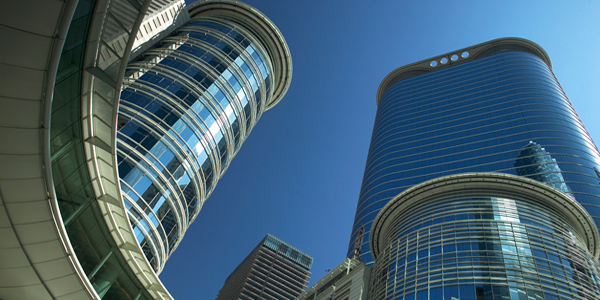 
There is a massive amount of capital today looking to buy commercial real estate, says Dan Fasulo, managing director at Real Capital Analytics. This appetite is partially generated by the policy of the US Federal Reserve, which is forcing capital into the property markets by keeping interest rates low, he says. "When you have an investment property with 6% to 8% unlevered returns, which means that, with leverage, the returns could be in the double digits," that makes commercial real estate attractive to a lot of investors, says Fasulo. 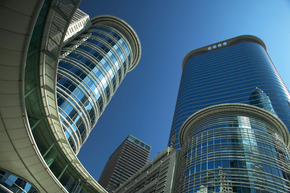 There was a surge in year-end 2012 closings of significant office properties, those worth $2.5 million or more, according to Real Capital Analytics' "2012 Year in Review" report, with transaction volume in the fourth quarter rising to $29.1 billion, well above any prior quarter since the end of 2007. Partially as a result of such a strong finish to the year, sales volume for all of 2012, at $77.6 billion, represented a 19% increase over 2011.

The January figures were less impressive. According to RCA's US Capital Trends Office report for January, sales of significant office properties totaled $3.6 billion in the first month of the year, 28% lower than year-ago levels and well off the $15.5 billion logged in December.

The flurry of activity at the end of 2012 sucked some of the energy out of this year, says Fasulo.  "Although some sellers, in December, were expediting sales of assets to meet the year-end deadline to take advantage of lower capital gains rates, we are still seeing a lot of properties changing hands and pricing has improved over the last few months," he says. "The complaints I hear are on the supply side, with investors clamoring for more product to buy," says Fasulo, which is why they are going beyond the gateway markets and CBDs to the suburbs and secondary markets, he says.

"Of course, it depends on what type of property you are talking about," says Fasulo. "No one wants to buy a vacant office building in St. Louis or Detroit, but a well-occupied office building in one of those cities with credit tenants" will be sought after, he says. "The biggest (sales) increases last year were in places like Charlotte, Boston, the East Bay in the San Francisco area, Indianapolis and Nashville," says Fasulo.

Among the largest and most significant office deals that have been done lately in secondary markets, is the pending sale of the 1.4 million square-foot IDS Center in Minneapolis, which is expected to sell for $255 million, or $182 per square foot, according to RCA. The significant thing about this pending deal, says Fasulo, is that the buyer is an institutional investor, Beacon Investment Properties, LLC. "Institutions had disappeared for a couple of years, but now they are back in secondary markets," he says. "JP Morgan is now buying in Atlanta and Texas is very hot," says Fasulo.

Then, there is Miami, "which is still in transition" and is becoming a primary office market, says Fasulo.  "I like Miami, because the pie of existing and potential tenants is growing," in that market, he says.  "Basically it is the gateway to Latin America and Latin American countries, such as Brazil and Mexico, are growing significantly," he says.