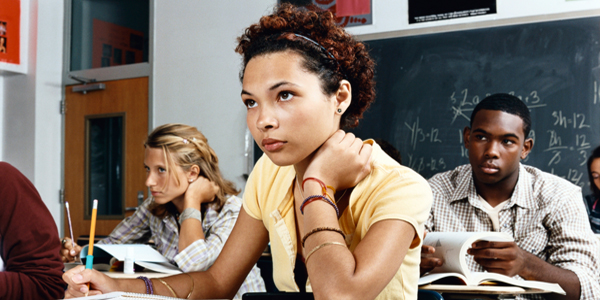 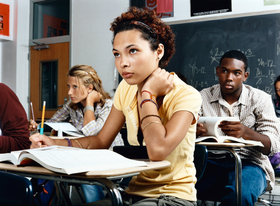 The financial crisis that began five years ago shocked the commercial real estate market and precipitated a few changes in the system. Since then, academic institutions have strived to reflect those changes in their real estate courses.

"Pre-crisis, the emphasis was on how much capital a real estate investor/developer could get and how cheaply," says Craig Furfine, clinical professor of finance at Northwestern University in Evanston, Illinois. He says that while he is only in his fifth year of teaching at Northwestern, he draws on his colleagues' experience in the classroom in addition to his own.

Post-crisis, there is a lot of discussion about how to work out distressed debt, negotiate with lenders and deal with foreclosures, says Furfine. Plus, he asks his students to consider, when they are doing their own deals, whether or not they are creating value when they put a deal together, or just complicating the structure to increase the returns by taking on more risk.

At the University of Central Florida, Joshua Harris, director of the P. Phillips Institute for Research and Education in Real estate, says "Our curriculum includes what is timely at the moment." In teaching basis real estate analysis, that is unavoidable, he says.

Among other things, Harris believes it is his job to disabuse his students of what he sees as common misinterpretations of the origins of the financial crisis. "There is a horrible misunderstanding that securitization (in and of itself) caused the crash," says Harris. "While it is true that people gambling on risk can lead to a speculative bubble, we've incentivized securitization because it lowers the cost of borrowing and allows investors to pick the type of risk they want," he says. "The crux of (the problem was that) we created a system with mortgages at low interest rates that didn't reflect the risk involved," says Harris.

"We've always had," discussions of current issues in commercial real estate in classes, says Furfine. One of those topics "is how banks responded (to the financial crisis) and how policy-makers interfere with banks' decisions," he says. "There is a role for oversight, but you have to consider the regulators' incentives, such as the incentive to not shut down banks," especially large banks, out of concern that the FDIC will not have enough resources and expertise to close banks and pay depositors, he says.

If the  bank is not shut down, problem loans stay on balance sheets longer than they should, says Furfine "especially when you have an institution with ten dollars worth of equity and $30 worth of real estate loans," he says. "If there were no regulators, (a bank) would be forced to liquidate or take drastic measures, but a (regulator) can interfere with that process, because depositors are protected," says Harris. "As policy makers, we interfere with market forces to slow down the process. But it might be that keeping under-performing loans on the balance sheet interferes with profitable loans," he says. There are two sides to these situations and a balance needs to be struck, says Furfine.

In the past, there wasn't a need to discuss public policy in a real estate class, although it was discussed in other kinds of classes, says Furfine. "Even a macro economics class has more to say about government policy on central banking and taxation. But today, it is hard to talk about real estate without talking about government," he says.

Also, says Furfine, issues like how to re-negotiate a loan have become very important in the classroom, even though they weren't part of the curriculum until recently. The negotiation process is different, depending on the type of lender or special servicer, he says.

A balance sheet lender is different from a CMBS (commercial mortgage-backed securities) lender, says Furfine. The CMBS lenders are less flexible with borrowers who are not current with their payments, because a contract is already in place with the bond-holders describing what they can and can't do, he says. "If I am the bank and the borrower is not paying, I can negotiate with the borrower."

"We don't know exactly what the perfect regulatory apparatus is, says Furfine. Some worthy people would not have gotten credit (if the regulations were too strict), so it is a question of striking the right balance, he says.

"The danger is in saying that we just needed more supervision," to prevent the last crisis, says Furfine. "Incentives to take risks don't disappear just because there are regulations. "(The opportunity to take risks) are just where (regulators) are not looking for them."