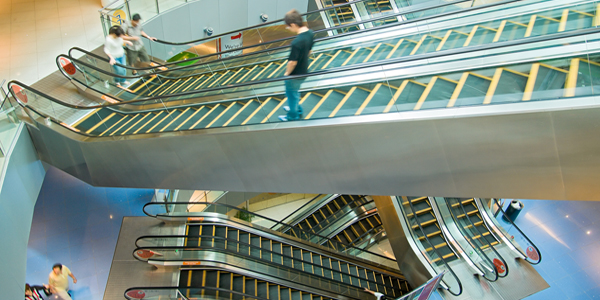 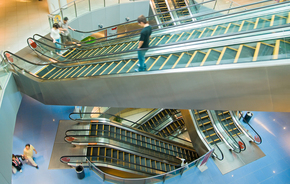 There was good news and bad coming out of the U.S. retail real estate market in the second quarter of 2012, according to research put out by Marcus & Millichap, including a report entitled "July Retail Sales Offer a Refreshing Upside Surprise to Consensus Expectations." In it, the brokerage firm says that July retail sales  advanced by 0.8% over the downwardly revised June figure to achieve an annual gain of 4.1%.

According to John Chang, Marcus & Millichap's vice president of research services in Phoenix, retail sales had had a strong growth rate for several quarters. But in the second quarter, growth eased off, later improving again in July. This kind of back-and-forth movement makes the state of retail and retail real estate hard to talk about in simple terms.

"From a brick and mortar standpoint, the fundamentals remain stable," says Chang. "Retail real estate has had positive absorption for 11 consecutive quarters. It turned positive in fourth quarter 2009, but absorption levels have not been huge and there has been some new supply (coming online) over the same time period. As a result of this positive momentum, albeit marginal, vacancies have come down from 10.3% at the peak in first quarter 2010, to 9.7% in the second quarter of 2012.

While retail real estate is making slow gains, according to Chang, non-store retail, led by internet sales, is growing super fast. But not all merchandise is bought on the internet today, he says.

From a real estate perspective, on a national basis, while retail properties have largely been treading water, they are relatively stable, says Chang, "although we expect them to tighten a little--not a lot--assuming a pickup (in leasing) before the holiday season and as retailers' confidence in the economy improves," he says.

But the elephant in the room, from the standpoint of retail real estate, is not only internet sales, but the fact that internet retailers, who don't have a physical presence in a state, do not have to charge sales tax in that state.

Before the summer recess, Congress was considering legislation to even the playing field between online and brick and mortar retailers. According to the August 10th Real Estate Roundtable e-newsletter, Roundtable Weekly,  "At the July 24th  House ( Judiciary Committee) hearing, the co-sponsors of the "Marketplace Equity Act," H.R. 3179--representatives Steve Womack (R-AR) and Jackie Speier (D-CA)--testified that allowing states to tax online sales would level the playing field for online retailers and brick and mortar stores with a physical presence in the state. With online sales growth considerably outpacing sales at brick-and-mortar stores, they added, states will increasingly feel the impact of lost sales tax revenue."

In fact, according to Tennessee Governor Bill Hamlam (R), who testified on behalf of the National Governors Association in favor of legislation such as H.R. 3179, the unfair advantage afforded online retailers "costs states more than $20 billion a year in revenue."

"If you think about it, lots of retailers offer free shipping," says Chang. "I was looking at a TV at a local store for $3,000 and it was available on Amazon for $2500 with no shipping and no sales tax. And the retailer would deliver it to my house."

The one drawback of buying online, notes Chang, is that you can't get the merchandise immediately, but Amazon is currently looking at a way to offer same-day delivery services.