JLL found that pricing at the top of the market has reached its strongest level since 2008. In 2013, 81 transactions with rents starting at $100 or greater were recorded, up from 51 in 2012. Year-to-date activity remained robust, with more than 20 properties now posting direct asking rents greater than $100 per square foot, compared to just 14 in the spring of 2013. Within this category, an even smaller set of buildings with Central Park views commands rents ranging from $150 to $200 per square foot.

While accounting for a minimal amount of the overall velocity -- the median size of leases in this micro-market was less than 10,000 square feet in 2013 -- these transactions drive industry chatter and are said to provide benchmarking for the rest of the trophy market. 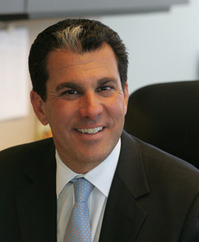 "Pricing and velocity at the top of the market have reached their strongest levels since 2008," said Peter Riguardi, president of JLL's New York tri-state operations. "More than half of Manhattan's top-tier trophy properties posted a vacancy rate of less than 5.0 percent. Demand from smaller financial services tenants, including hedge funds and private equity firms, has increased parallel to recent Wall Street gains. Compounding this demand, sovereign wealth funds and other foreign-based financial tenants have emerged as new occupiers, leasing Manhattan locations that are equivalent in profile to their offices in London, Singapore or Hong Kong."

Vacancy rates trended higher for Downtown trophy office buildings as new product at the World Trade Center entered the market. The surge of new space has pushed vacancy rates for Lower Manhattan high-end buildings to a 22.4 percent, nearly a historic high. With current interest from a range of industries at Brookfield Place -- which also accounts for much of the Downtown vacancy -- the rate could fall by year-end. Pricing for Lower Manhattan trophy office buildings is approximately 33 percent lower than Midtown. New space at the World Trade Center offers trophy-quality space and world-class views at pricing comparable to low-end Class A space in Midtown.

Despite the high vacancy rates, JLL found that average asking rental rates for Lower Manhattan's trophy office product have reached levels not recorded since spring 2009. Downtown rates totaled $61.24 per square foot in spring 2014, 2.8 percent above $59.58 per square foot six months earlier and 5.7 percent higher than $57.95 per square foot a year ago.

"Downtown continues to attract value-minded tenants with high-quality construction, improving amenities and some of the best views in Manhattan," said Riguardi. "Tepid growth in financial and legal services has resulted in large blocks of discounted sublease space on Avenue of the Americas and elsewhere. While value seekers have quickly leased this space, the low pricing has weighed down the average and undercut asking rents on direct space. In the first quarter of 2014, prices began to rise as sublease space started to diminish."