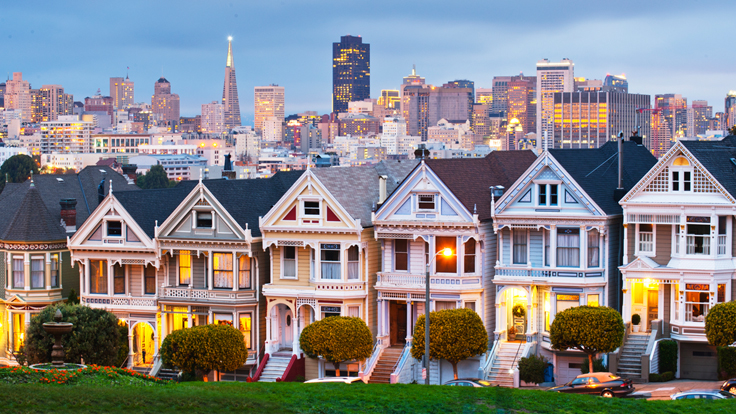 
The number of homes sold in the U.S. increased slightly in January, while the share of institutional investors fell to the lowest level since March 2012, according to the latest report from RealtyTrac.

U.S. homes -- single-family, condominiums, townhomes -- sold at an estimated annual pace of 5,126,001 in January, increasing less than 1 percent from the previous month and an 8 percent jump from a year ago. 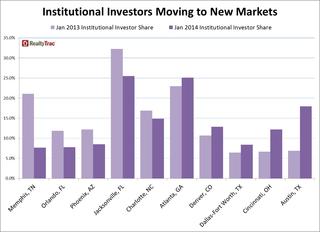 Bucking the national trend, annualized home sales volume fell from a year ago in seven states and 17 of the country's 50 largest metro areas, including San Jose (down 22 percent), Los Angeles (down 16 percent), Phoenix (down 14 percent), Las Vegas (down 11 percent), and Orlando (down 7 percent).

According to the National Association of Realtors, existing-home sales in January fell to an 18-month low. Severe weather across the nation has been cited a reason for the deceleration in the housing market recovery but it may not be the cause for the decrease in institutional investors, RealtyTrac states.

"Many have anticipated that the large institutional investors backed by private equity would start winding down their purchases of homes to rent, and the January sales numbers provide early evidence this is happening," Daren Blomquist, RealtyTrac vice president, said in the report. "It's unlikely that this pullback in purchasing is weather-related given that there were increases in the institutional investor share of purchases in colder-weather markets such as Denver and Cincinnati, even while many warmer-weather markets in Florida and Arizona saw substantial decreases in the share of institutional investors from a year ago."

The metro areas with large declines in institutional investor share from a year ago included Cape Coral-Fort Myers Fla. (down 70 percent), Memphis, Tenn., (down 64 percent), Tucson, Ariz., (down 59 percent), Tampa, Fla., (down 48 percent), and Jacksonville, Fla., (down 21 percent). 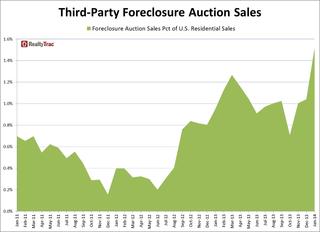 In January, short sales and foreclosure-related sales accounted for a combined 17.5 percent of all home sales, increasing from 14.9 percent in December, but down from 18.7 percent a year ago. 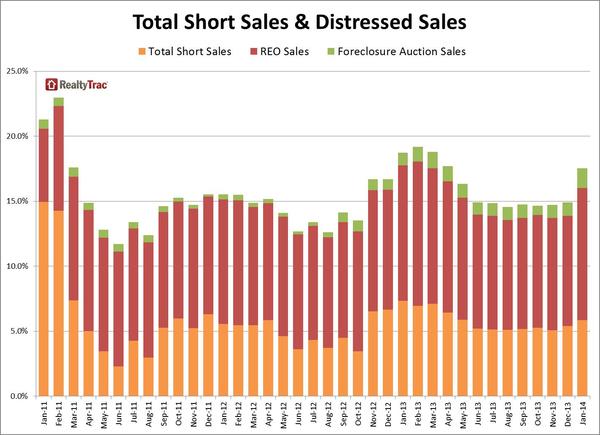