Domestics to Lead Office Demand in Asia in 2015, Multinationals Cautious


CBRE Asia is predicting that domestic and Asia-regional firms will drive leasing markets in APAC in 2015, expanding rapidly in core central business districts and outside their home markets. Japanese and South Korean firms will continue to expand in emerging Southeast Asian markets, whilst Hong Kong will be a staging point for Chinese companies to grow further into Asia. Rising occupancy costs will be top of the agenda for companies, whilst tenant retention will be a priority for landlords.

CBRE's Manish Kashyap said, "Since many cities are expanding core business districts beyond traditional central business districts and there is a general flight to quality movement among tenants, landlords are finding it challenging to retain quality tenants. We are seeing a trend where domestic and Asian-based firms are now establishing a presence as tenants in core areas, replacing many multinationals which have relocated to more cost effective locations. Landlords that are losing tenants to new developments will need to be more flexible in negotiating commercial terms and should pro-actively liaise with tenants ahead of lease expiry, taking into consideration the decision-making process. Decision-making by domestic and Asian-based firms is usually faster in comparison to multinationals, which often require lengthy approval processes for major headquarters moves.

CBRE advises landlords to enter into the early restructuring of existing leases, and offer incentives to secure longer-term deals to retain large and/or high quality tenants, ensuring their properties remain attractive by implementing regular refurbishment, upgrading and enhancement works. This strategy is particularly relevant to landlords of old and dated office buildings in traditional central business districts that will see the completion of a large volume of new supply in 2015, such as Guangzhou and Kuala Lumpur."

Key themes in the APAC office sector for 2015: 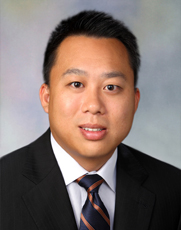 Jonathan Hsu, Director of Research for CBRE Asia Pacific markets also commented, "Asia Pacific will see solid office leasing momentum in 2015 due to the continued growth in business investment; corporates' expectations of revenue growth; and the solid job market, with low employment rate in the region ranging from 1% to 7%. However, the fragile global economic recovery will ensure occupiers remain in a cost sensitive and risk-averse mode. We expect to see multinationals carefully balance cost management, space efficiency and expansionary requirements when making leasing decisions, whilst domestic corporations will become more rational in controlling the growth of occupancy costs. Despite the slowdown in economic growth in China, the main focus of corporate expansion will remain in this market, especially with the ongoing growth in the e-commerce sector and preferential policies to boost the development of cross-border e-commerce."