Hong Kong Most Expensive Office Market, Double All Others


According to property consultancy Knight Frank, office space in Hong Kong is more than twice as expensive as prime commercial property in any other global city.

As part of its 2015 outlook for global commercial property, Knight Frank analysed capital values for prime offices in 32 cities, which showed that prime Hong Kong office space is valued at 70,000 US$ per sq. m.  This is significantly more than second-placed Singapore at 28,340 US$ per sq. m and more than three times as much as that of the City of London. 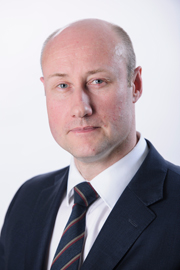 Despite strong recent growth in capital values and an uneven global recovery, Knight Frank is forecasting further growth in cross-border investment in 2015, as investors seek better returns and diversification outside home markets.

Darren Yates, Head of Global Capital Markets Research at Knight Frank said, "The availability of land and land values are the fundamental issues that are driving rents and capital values in Hong Kong and Singapore, in particular.

"These locations have a very constrained supply of land, combined with high population densities and an abundance of successful global companies with an ability to pay higher rents." 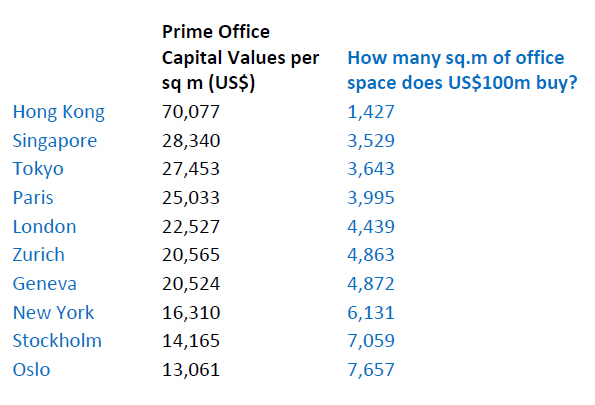 Yates further commented, "Real estate capital markets have been increasingly buoyant and disconnected from occupational trends, which in turn have mirrored the unevenness of the global recovery.

"Investor focus thus far has been on transparency and liquidity, which has played well to the gateway cities such as London, Paris and New York. But demand is increasing for second and third tier cities where competition for stock is less intense and potential returns are higher."

Knight Frank's report also includes the findings from a survey of leading investment brokers from Sumitomo Mitsui Trust Bank on how the major Japanese pension funds will approach the real estate market in the coming years.  The survey suggested that more than 70 per cent believe that Japanese pension funds will increase their exposure to real estate within one to two years, citing "stable income" as their key objective, followed by the opportunity to diversify.

North America will be the most popular region for Japanese Pension Funds investing abroad.  Other Asian markets (18.8 per cent) and European cities (12.4 per cent) are expected to be far less popular initially.

Yates concluded, "With the top Japanese pension funds managing over US$2 trillion between them, even a small allocation to property is likely to have a significant impact on global real estate markets.

"Just a five per cent allocation to international property by the 15 largest Japanese pension funds would amount to US$100 billion.  This is unlikely to occur overnight but will undoubtedly have a major impact over the next two to three years." 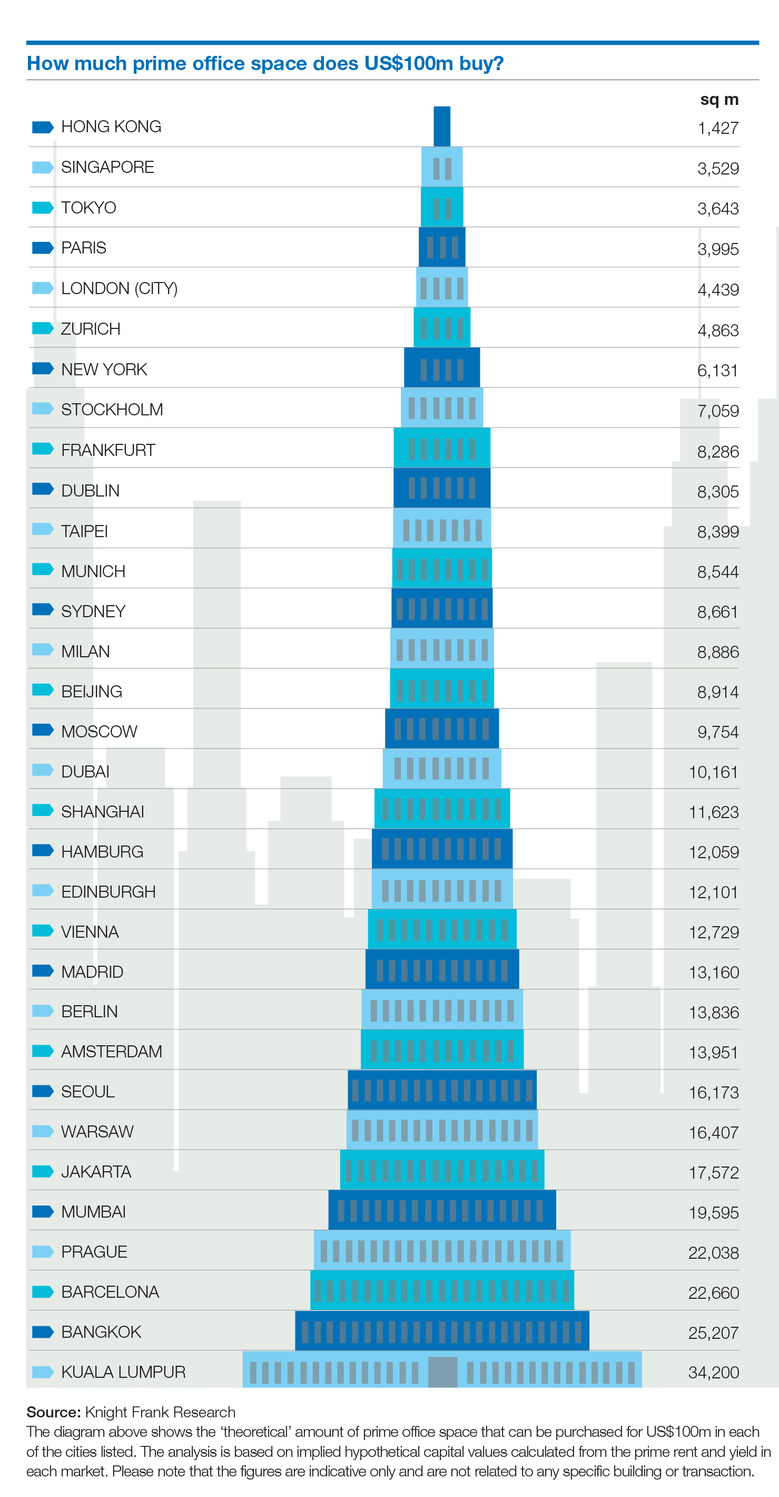