According to a new report by JLL Hotels & Hospitality Group, Dublin is suffering a major shortage in hotel rooms, and that it has an urgent need for an additional 3,000 rooms to satisfy current demand. Failure to address this supply shortfall could have significant negative impact on Ireland Inc.

One of Dublin's most high profile international events, The Web Summit which took place last week, will be relocated to Lisbon in 2016, with the organizers citing the lack of good quality hotel rooms in the city centre as one of the primary reasons for this decision. It has been estimated that the loss of this single event will cost the Irish economy €100m. 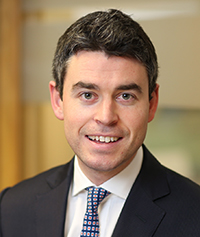 According to Daniel O'Connor, Senior Vice President - Hotels at JLL: "Improving levels of corporate and leisure bed night demand in Dublin City are fueling the demand for new hotel developments. Such is the strength of the Dublin hotel operating market, we estimate that average occupancy levels in the city would still remain at a healthy 80%, even if 3,000 additional guestrooms were to come online today".

Dublin City is currently serviced by around 19,000 hotel rooms. Less than 300 additional rooms are predicted to come online by December 2016; industry figures indicate that this is a serious shortfall:


Hotel development has been minimal since the recession with only three significant new additions/c.500 rooms opening in Dublin City this decade (252 rooms at The Gibson in 2010, 187 rooms at The Marker in 2013 and 52 rooms at The Dean in 2015).

The figures point clearly to the urgency of the situation - there is a steadily growing demand for Dublin hotel rooms and already an undersupply of rooms leading to an increase in room rates in the capital.

This combination of lack of supply and rising prices could have a significant effect on Dublin's competitiveness as a year-round business and tourism destination.

Ireland was recently listed by Lonely Planet as the 3rd best country to visit in 2016. Overseas tourism delivers revenue of over €4 billion to the Irish economy annually and approximately two-thirds of those who come to Ireland visit Dublin.

Passenger numbers were up by 15% at Dublin airport in the first 6 months of 2015, with a major draw being the strength of the U.S. dollar and British Pound. The tourism industry in Dublin is in full growth mode with a target of attracting 6.2m visitors per year by 2020 (Source: Dublin Chamber of Commerce).

Dublin has a reputation as one of Western Europe's leading commercial destinations, home to a large number of EMEA headquarters (Inc. Google, Twitter, Facebook, and Amazon). Since opening in December 2010, The Convention Centre Dublin has hosted over 1,000 events and was voted the Best Overseas Conference Centre at the M&IT Awards 2015 for the fourth consecutive year.