CBRE is reporting this week the trend to reshore some of the automotive industries manufacturing needs back in the U.S. is now having a significant impact on industrial markets across the U.S. and Mexico.

As an example, this Monday Volvo Car Corp announced that it would break ground on its first U.S. manufacturing facility, $500 million factory in Berkeley County, South Carolina. The factory is expected to begin operations in 2018. This follows Daimler AG's decision in March to build a Mercedes-Benz factory in Charleston and will be the third major auto manufacturing plant in the state (BMW in Greer, SC).

CBRE further reports, the new factory is expected to bring 4,000 jobs to the area and was influenced, in part, by an incentives package offered by the state that included funds for further development and improvements at the Port of Charleston, recently ranked the #7 North American seaport in the CBRE Ports and Logistics Index. With more than 30% growth over the past five years, the Port of Charleston has been the fastest growing major port in North America (as measured by twenty-foot equivalent unit volume, or TEUs).

These announcements are just the latest in a growing trend of auto manufacturers to move production from Asia to North America. Both slumping sales and increased production costs in China, along with the growing complexity and risk of an Asia to U.S. supply chain, have forced manufactures to consider "reshoring" a large portion of the production. 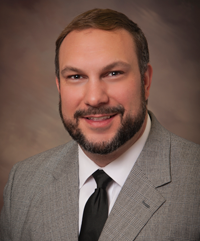 CBRE Senior VP Trey Pennington says, "The rebirth of the auto manufacturing business in the United States and Mexico has had a profound impact on the industrial real estate market in the American South. Southern States continue to leverage their port infrastructure, pro-business government, lower labor costs, and strong manufacturing base to attract automotive manufacturing."

The American South has been a beneficiary of these moves with recent investments being made not only in South Carolina but also Georgia and Texas, all states with relatively low cost workers and deep connections to population and supply chain hubs. This is expected to have a positive impact on industrial demand in markets that have proximity or easy access to seaports such as Atlanta, Houston, and Greenville, SC.

However, the biggest winner of all is Mexico, which saw auto production increase 10.2% in 2014 and another 15% in the first four months of 2015. Total production is forecasted to exceed 5 million units by the end of the decade. Manufacturers such as Toyota, Ford, and Goodyear have collectively announced over $25 billion of future investment in Northern and Central Mexico.

While the reshoring of auto manufacturing will have a much greater impact on the Mexican manufacturing sector, it will have long-term material effect on the U.S. distribution and logistics business. With more than 70% of Mexican auto production exported to the U.S., markets that lie along the central transportation networks, especially in Texas and Midwest, will experience an increase in auto distribution demand. Keep an eye on logistics hubs San Antonio, Dallas, Kansas City, and Chicago where growth from this trend should be strongest, concludes CBRE. 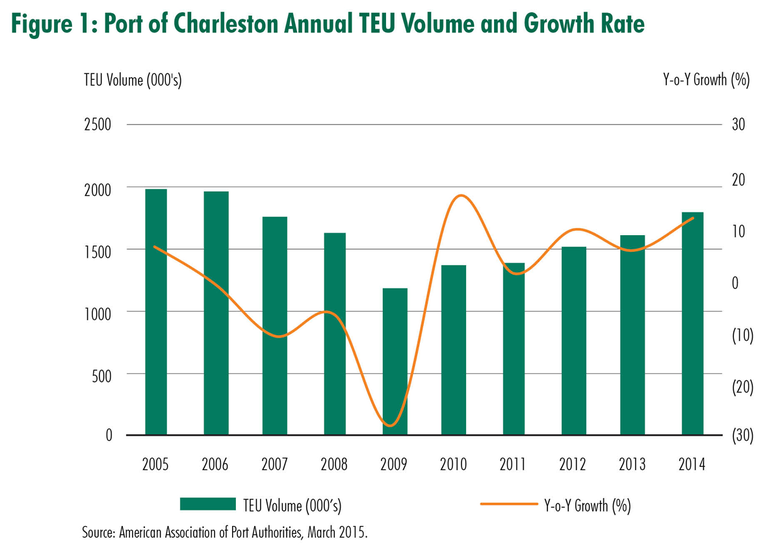 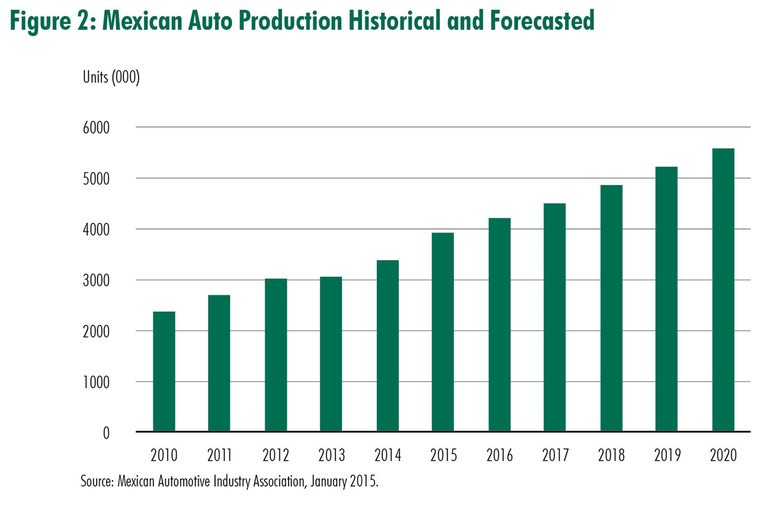