According to experts from global real estate consultant CBRE, the recent 7.1 magnitude earthquake that stunned Mexico City (and surrounding states of Mexico, Morelos and Puebla) is now having a strong impact on Mexico's commercial real estate market. 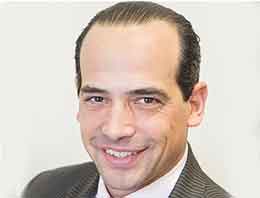 Spencer Levy, CBRE's Head of Research in the Americas says, "While Mexico continues improving construction standards and codes, there are numerous properties that because of age, sediment, location or other challenges are structurally vulnerable to earthquakes. As many as 1,800 properties, mostly residential, are believed to be damaged.

"Despite the devastating power of the earthquake, which displaced businesses and thousands of residents in one of the world's most densely populated regions, damage to commercial real estate was relatively minor. Only a small amount of the overall stock of office space was impacted, with most of this damage limited to Class B and C properties. As a result, we expect to see a 'flight to quality' as demand increases for modern buildings that are considered structurally sound.

"Mexico City is also the main logistics hub for the rest of the country, so infrastructure upgrades will be made to get supply chains quickly rebooted."