Some of the biggest hotel companies in the world have opened new facilities in Panama City in recent weeks, as the industry rushes to catch up with the growth in the city.

This month Hyatt opened its first Hyatt-branded hotel in Panama, the 165-room Hyatt Place Panama City. Located in the heart of the financial zone, Hyatt says the new hotel is part of a Latin America growth strategy, an expansion plan which reportedly includes a new hotel in Costa del Este, the waterfront development in south Panama City. 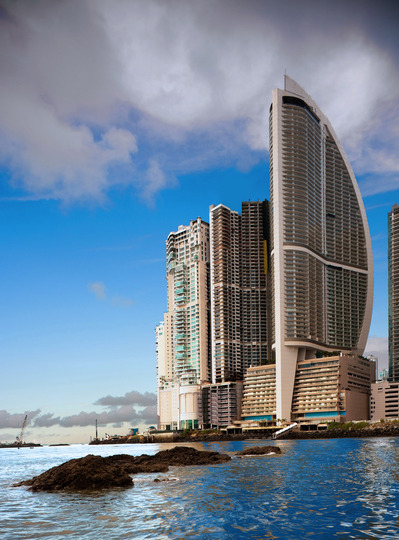 Hyatt is also rumored to be considering another Hyatt-branded facility on the Amador Causeway, where the Amador Convention Center is scheduled to open next year.

Hyatt's debut follows the opening earlier this year of the first Hilton-branded hotel in Panama City, the 347-room Hilton Panama. Hilton already runs three other hotels in Panama City, including a Waldorf Astoria and a fifth Hilton is expected to open soon.

But that's not all. This month Grace Hotels, a fast-growing luxury brand specializing in "contemporary urban boutique" hotels, opened its first hotel in Central America in the distinctive Twist Tower, which looks like a giant corkscrew.

In the short term, the result is a clear oversupply of hotel rooms in the city. Competition is high. As a result, room rates are declining, which means inexpensive and discounted rooms for both businesses and leisure travelers.

There is a hotel war looming, as the hotels compete for customers. That will mean great deals for tourists, who will be encouraged to visit and explore Panama City. Corporations and associations will also take advantage of the competition to host meetings and events in the city.

In the long term, the growth of the hotel market is good news for the residential property market. Hotels tend to be a leading indicator of property expansion and a clear driver of second home and investment home sales. Hotels promote a destination and invest in infrastructure. They expose the market to people who may not be familiar with Panama City. And they help create a business friendly environment.

The current abundance of supply is not slowing down the hotels, which have clearly identified Panama City as a market for expansion. Many of these brands have never built projects in Central America before, but now they see Panama City as a maturing market.

Several brands are expected to target the Amador Causeway, which is attracting a new wave of development. In addition to the Amador Convention Center and the new Frank Gehry-designed biomuseum, the Causeway is attracting investors from around the world for its unique waterfront opportunities.

In Punta Pacifica, the neighborhood of luxury towers on Panama Bay, the anchor hotel is the Trump Ocean Club, the tallest building in Central America and the first hotel to carry the Trump name in the region. Last month the Trump opened the largest casino in Central America, a top-of-the-line facility run by Sun International, the South African operator known for its high-end clientele.

For Panama, the Trump is the social and cultural hub of the community, which is another benefit of having a big hotel brand in the neighborhood. The addition of more top brands like Hyatt and Hilton will help transform the city and a sure sign that more international companies are ready to make their mark on the Panama City success story.