The largest single residential development project ever undertaken in the Alps is underway in the Swiss village of Andermatt, ninety minutes from Zurich. Andermatt Swiss Alps AG has begun building a new village beside the historic centre providing hotels, a golf course, new ski lifts and residential accommodation aimed at the 21st Century holidaymaker. The ambitious plan is also one of very few Swiss projects to receive full exemptions from the country's famously restrictive property purchasing laws for foreigners. 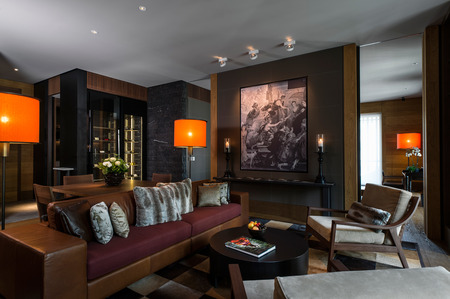 Andermatt has a long tradition of welcoming travelers. The traditional Alpine village at 1,400 meters with its dark wooden chalets and steepled churches sits on a high valley plain at an important European crossroads. Since 1198 the Gotthard Pass has connected northern and southern Europe and made Andermatt an important staging post.

Seven centuries later visitors from German poet Goethe to Britain's Queen Victoria came to Andermatt to take in the Alpine air and the resort ranked with St Moritz and Zermatt as a five-star destination. An underground road tunnel opened in 1980 bypassing Andermatt and tourism dwindled. The village relied instead on its role as an important base for the Swiss army. With 80,000 soldiers and associated workers based in Andermatt and two thirds of the population relying on the army for their income, there was little space for tourists.

Today Andermatt still has an army base but since 1999 it has been scaled back dramatically. The village needed a new plan for its future and it came in the shape of Samih Sawiris, Chairman of the Board of Andermatt Swiss Alps AG. Initially recruited by the Swiss government as a consultant Sawiris is now running the entire project, aiming to create a year round integrated holiday resort. 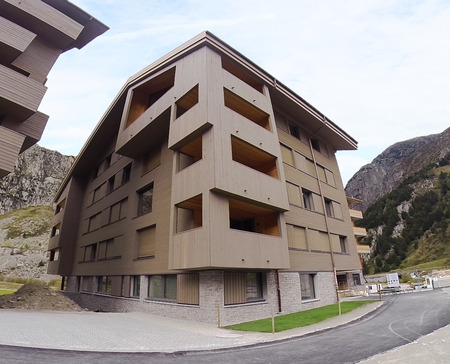 "Andermatt is famous for its off-piste skiing but the new area will be south-facing and family-friendly providing easier slopes to compliment the tough skiing," says Markus Berger of Andermatt Swiss Alps. "The village looks the same as it did 100 years ago but this is a fantastic opportunity with carefully limited development to create something that rivals better known Swiss resorts once again."

In December 2013 the first hotel opened. The Chedi Andermatt designed by Malaysian-based Jean-Michel Gathy has 50 rooms and 119 Chedi Residences divided between nine low-level wood-clad buildings with a luxurious spa, state of the art gym and generous public spaces.

The visually striking five-star hotel has already won praise from Conde Nast Traveller who described it as "the year-round destination hotel that Switzerland has always needed". Notable details include over 200 fireplaces - one in every bedroom operated via one swipe on the in-room I-pad - and a wine room with 7,000 vintages.

Freehold homes for sale in The Chedi Residences with full access to hotel facilities include 64 Chedi Andermatt hotel residences, 42 apartment residences and 13 penthouses. Fully furnished one and two-bedroom apartments are priced from CHF 1,775,000 for 95 to 240 square meters through Savills Alpine Homes.

The Chedi Andermatt penthouses have 189 to 616 square meters of living space and large terraces. They are for sale through Abercrombie & Kent International Estates (A&KIE) from CHF 4,120,000 up to CHF 12,740,000 as 'shell and core' for owners to select their own finishes. To date 50 per cent of apartments at The Chedi and four penthouses have sold to buyers from across Europe including Switzerland as well as from the Middle East and Asia.

Building has also commenced on 42 contemporary chalet-style buildings that will eventually house 495 one to four-bedroom apartments. Prices start from CHF 495,000 through A&KIE and the first occupants move in this autumn. Close to the golf course and beside the fast flowing River Reuss twenty-five individual plots for bespoke villas start from CHF 2,000,000. 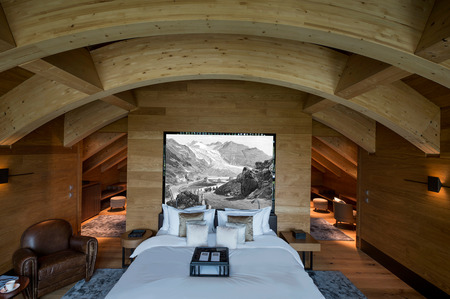 "Switzerland is known for its strict controls on foreign property ownership, restricting non-Swiss residents to buying property within designated areas and with certain size limits too," comments Robert Green of A&KIE. "This has restricted the number of properties available and helped maintain prices and demand for prime locations throughout the global financial crisis. Rare developments such as Andermatt Swiss Alps which are exempt from restrictions including the proposed Lex Weber Second Home initiative allowing only 20 per cent of resort homes to be used as second homes, offer buyers a rare opportunity to purchase Alpine homes and sell on in the future."