The new development pipeline also continued to increase, undeterred by inflation-driven backlogs and bottlenecks along the supply chain. There were 742.3 million square feet of industrial space under construction at the end of November. And, despite record levels of new supply delivered in 2022, the national vacancy rate contracted steadily throughout the year, reaching 3.8% in the same month.

CommercialEdge also reports industrial rent growth accelerated at a steady pace in top U.S. markets throughout the year, with national in-place rents for industrial space increasing 6.5% year-over-year. In November, the national average increased another five cents from the previous month, to reach $7.00 per square foot.

For another consecutive month, port markets led the nation in both new leases and in-place rent growth. In line with trends observed during the previous two years, Southern California in-place rents have climbed at the fastest rate, driven by double-digit growth in the Inland Empire and Los Angeles markets. On the East Coast, Boston and New Jersey saw the strongest rent hikes.

Tenants signing new leases are paying more than ever for space. The average rate of a lease signed in the last twelve months was $9.07 per square foot -- $2.07 more than the average for all in-place leases. The markets with the highest premiums for new leases were in the West, where Los Angeles, the Inland Empire and Orange County dominated. Meanwhile, Nashville had the largest spreads in the South and Boston took the lead among northeastern markets.

The national vacancy rate stood at 3.8% in November, following a decrease of 20 basis points from the previous month. While many of the supply chain issues from the beginning of 2022 eased in the second half of the year, finding suitable industrial space in port markets remains one of the biggest challenges, as vacancy rates were still tight in the Inland Empire, Los Angeles, and New Jersey. Rapidly expanding non-port markets such as Nashville and Columbus, where demand is outstripping supply, are also seeing extremely low vacancy rates.

A total of 742.3 million square feet of industrial stock was under construction at the end of November, representing 4.0% of existing inventory. Moreover, data showed an additional 684.5 million square feet in the planning stages. With the national vacancy rate for the top 30 markets having dipped below 4%, space in the hottest markets is already pre-leased before delivery or, in some cases, before construction even begins.

While many markets are experiencing an industrial construction boom, much of the new supply being developed is concentrated in a handful of locations: Phoenix, Dallas - Fort Worth, the Inland Empire, Chicago and Houston account for more than a quarter of all under-construction space. Half of all under-development supply is in only 18 markets, concludes CommercialEdge. 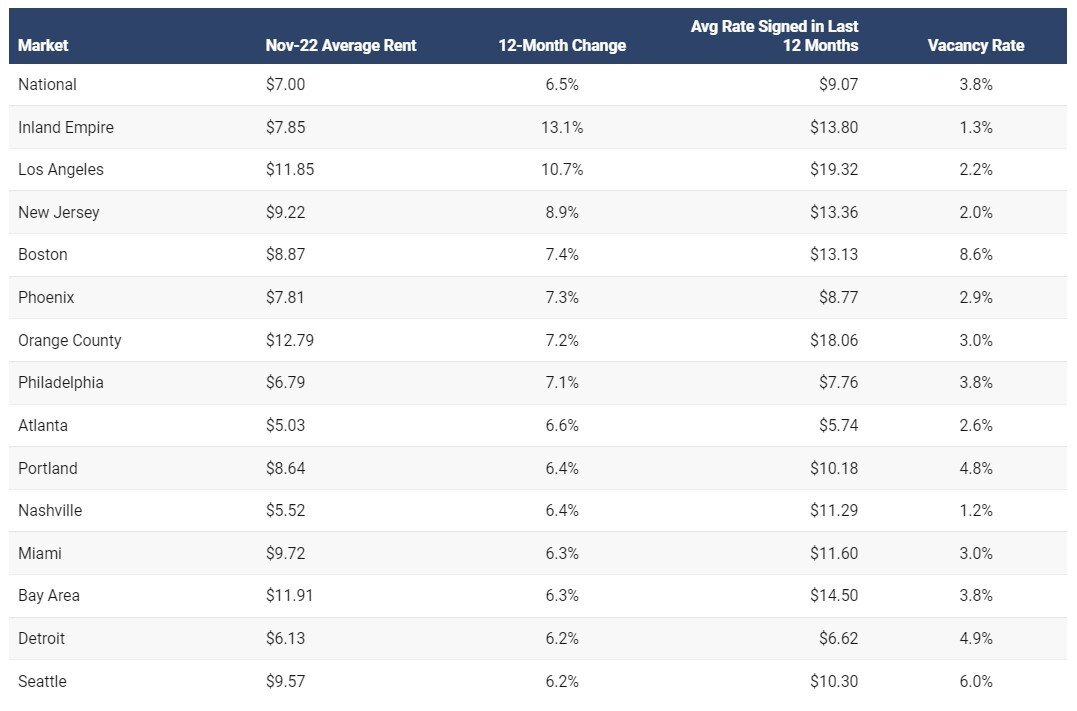 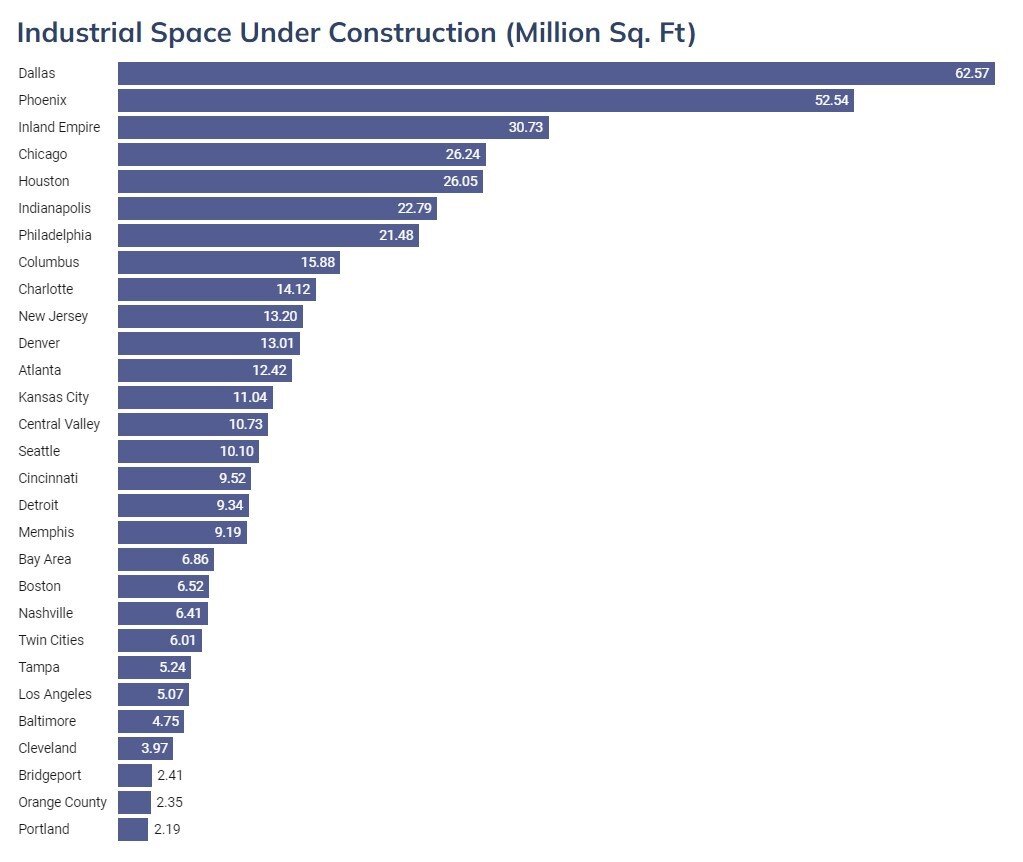