According to a new report by Xceligent and the Commercial Alliance Las Vegas (CALV), he commercial real estate market in Southern Nevada ended 2016 on an upswing, with positive momentum in the office, industrial and retail markets. 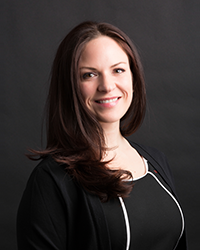 CALV President Jennifer Ott, CCIM, and a longtime local commercial real estate broker, said most aspects of the industry continued to improve through 2016. And she said most of her peers expect more of the same in 2017. As an example, she cited continued progress in the local retail market, which is her specialty.

"The retail market continues to be on the road of recovery, with year-over-year vacancy rates declining from 8.8 to 8.2 percent," Ott said. "Our market has seen unexpected vacancies with the closures of chain stores like Sports Authority, Sport Chalet, Haggen supermarkets and more. But thanks to new market entries like the Burkes Outlet department store and buybuy BABY children's furniture store, and expansions from tenants like Ross Dress for Less, Smart & Final and Big 5 Sporting Goods, the market has been able to absorb some of those vacancies to see a continued decrease in vacancy rates."

The report found that more than 2.4 million square feet of local retail space was leased throughout 2016. Ott said areas around the Galleria at Sunset mall in Henderson and in the southwest part of Las Vegas have been in especially high demand, as reflected by their below-market average vacancy rates of 5.2 and 6.2 percent, respectively.

"Over the past year, we've seen continued demand from restaurants, with new-to-market concepts like Cracker Barrel, Chick-fil-A and PizzaRev leasing space," Ott added.

The latest data from Xceligent and CALV offered more proof that the industrial market continues to lead the industry's recovery from the recession, with year-over-year total vacancy rates improving from 6.1 percent one year ago to 5.4 percent by the end of 2016. 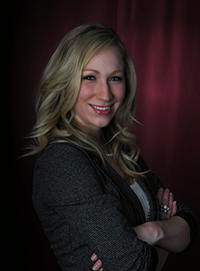 Tina Reith, director of analytics for Xceligent for the Las Vegas market, said the Southern Nevada industrial market closed the year with a positive total net absorption of 955,129 square feet of space. She said more than 1,000 local industrial leases were signed throughout 2016, including renewed space, subleased space and expanded space. In all, these leases account for more than 9 million square feet of local industrial space.

The report also showed the local office market still lagging other sectors, although office vacancy rates continue to decline and rents have been rising gradually in recent years.

Year-over-year, the report showed that local office vacancy rates decreased from 18 to 15.6 percent. Class B properties have seen the greatest improvement in vacancy, improving from 17.5 percent one year ago to 14.6 percent by the end of 2016, Reith explained. The local office sector closed out the year with an overall net absorption of 312,460 square feet. Year-to-date, she said the local office market absorbed more than 1.1 million square feet in 2016, almost double the amount of activity reported in 2015.