According to new data from CommercialEdge, the new development pipeline in the U.S. continued to expand in the third quarter despite the headwinds of increasing financing costs and general economic uncertainty, signaling that demand for space continues to outstrip the pace of new deliveries. There were 713.6 million square feet of industrial space under construction at the end of October, representing 4.0% of stock.

Additionally, nearly 350 million square feet have already been delivered this year, reaching historic levels. Despite this, the national vacancy rate stood at 4% in October, following a steadily decreasing trend throughout the year.

Port Markets Continue to Lead the Pack in Rents

Industrial rents have continued to grow in the country's top markets throughout the year, with the national in-place rents for industrial space averaging $6.95 per square foot in October. That represented a 5.8% year-over-year increase and a seven-cent uptick over September figures.

Port markets continued to lead the country both in terms of in-place rent growth, as well as new leases. As has been the case over the past two years, in-place rents have grown at the sharpest rate in Southern California, led by the Inland Empire's double-digit price increase. On the Eastern seaboard, Boston and New Jersey experienced robust rent growth and demand here is expected to increase further.

Premiums paid by tenants for new leases also continued to grow over the last year: new contracts now cost $1.54 more per square foot than the national average for all leases. The largest spreads were, of course, in already costly port markets with little space for further expansion: Los Angeles, the Inland Empire, Orange County, and New Jersey.

The national vacancy rate stood at 4.0% in October, which marked a decrease of 10 basis points from the previous month. Vacancy rates generally remained lowest in port markets as well, but non-port markets with a heavy logistics presence also continued to contend with low levels of available space. Among those, Atlanta, Nashville, Indianapolis, Columbus, and Kansas City had vacancy rates lower than 3%.

A total of 713.6 million square feet of industrial space was under construction at the end of October, representing 4.0% of the existing national stock. Projects currently in the planning stages are expected to add a nearly equal amount of space. Shipping, logistics and chip manufacturing are driving much of the industrial space construction throughout the U.S.

In 2021, seven Amazon distribution centers larger than two million square feet started construction across the country. But earlier this year the company admitted that their expansion had been overzealous, and only broke ground on three projects. Despite the retail giant's pullback, shipping and logistics account for half of the 20 largest industrial projects under construction. 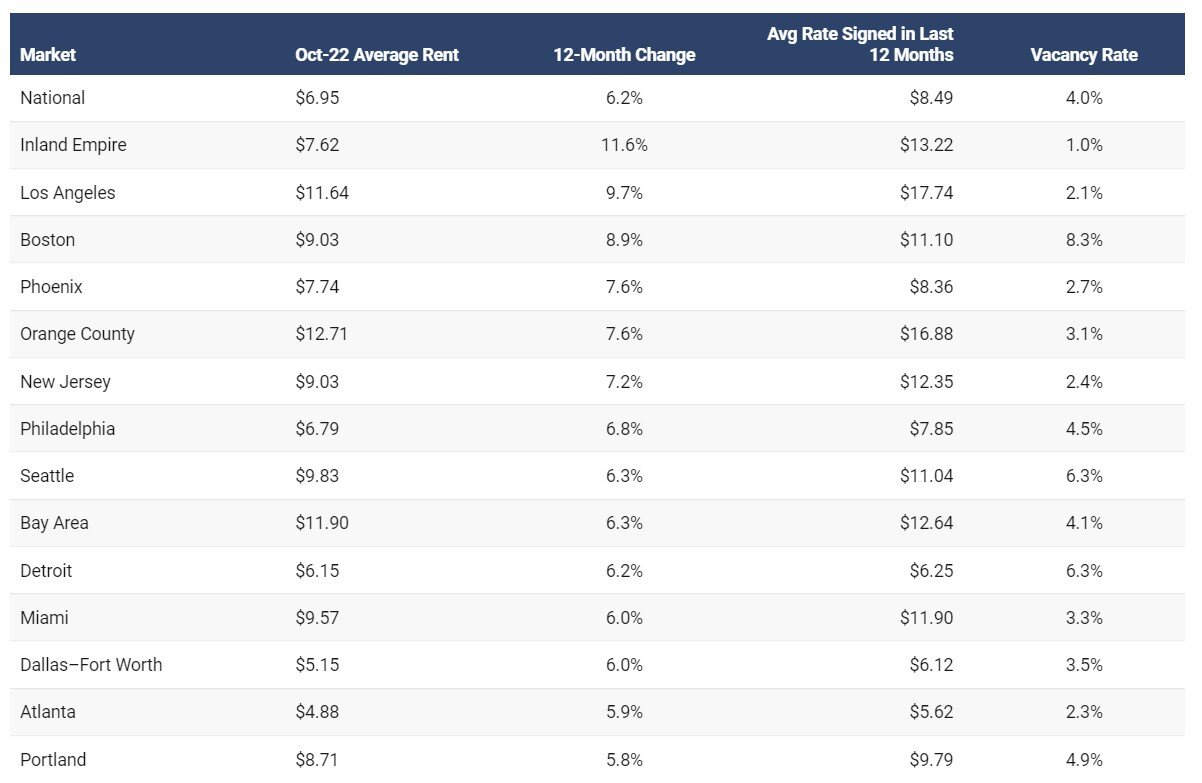 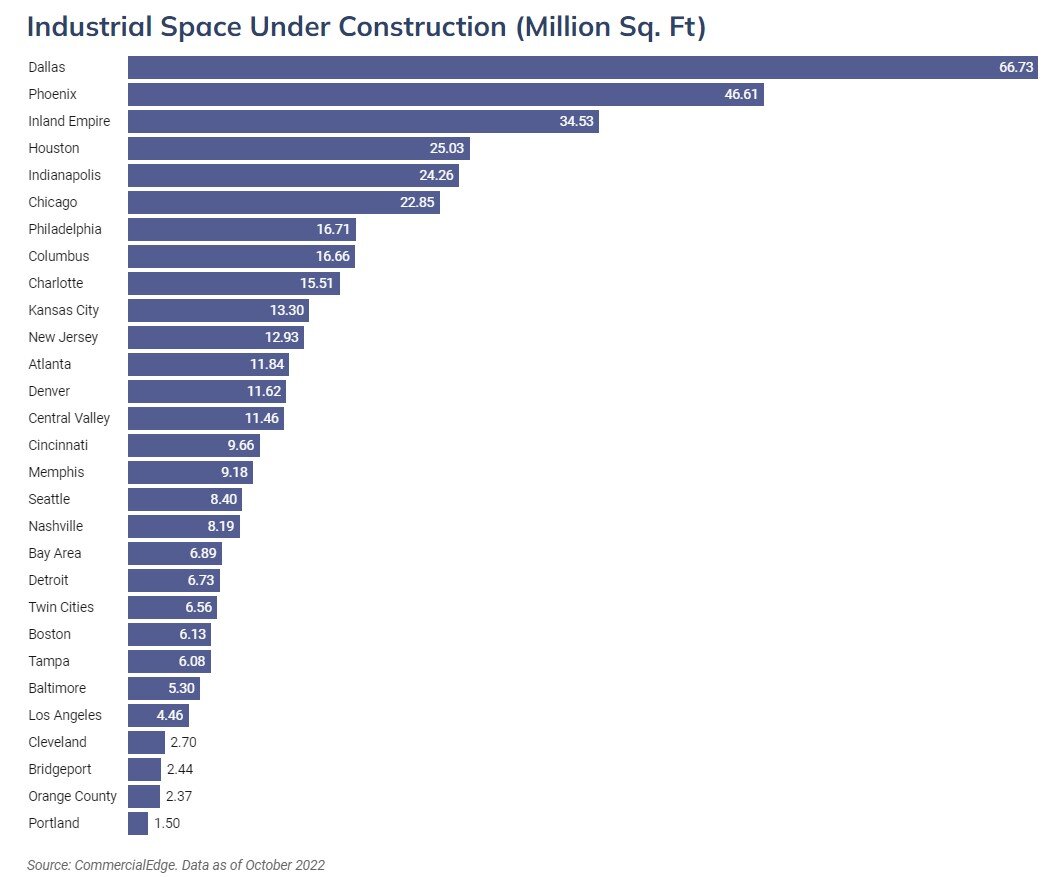