Commercial News » Los Angeles Edition | By Michael Gerrity | November 26, 2019 8:05 AM ET
Signup for Our Weekly Newsletter »
According to a new report from CBRE, new trends are in store for retailers and shoppers this shortened holiday retail season include an earlier start to holiday promotions, new collaborations to shorten delivery windows and pare their cost. Other notable trends include a proliferation of pop-up stores, and the growing popularity of resale goods as gifts.

CBRE's annual Holiday Retail Trends Guide looked into factors that will influence the U.S. retail market as it posts an anticipated 4 percent sales gain this November and December 2019 from last year's season, according to the National Retail Federation's forecast. CBRE and others anticipate that consumer spending will stay resilient despite uncertainty about international trade and a slowdown in global economic growth. E-commerce sales are expected to grow at a 11 percent to 14 percent clip this season.

"We're poised for a healthy holiday retail season; The U.S. economy remains solid, the job market is strong, and retailers appear prepared," said Meghann Martindale, CBRE Global Head of Retail Research. "Shoppers are benefiting as retailers strive to serve them where, when and how they want. Advancements in delivery, pop-up retail and resale will be on full display this season."

CBRE outlines four trends shaping the season as it unfolds:

This holiday season is the shortest since 2013, with only 26 shopping days between Thanksgiving and Christmas. That led many stores to begin their holiday promotions earlier than usual, including one major discount retailer promoting deals on toys, electronics, home goods and sporting goods on Oct. 25.

Pop-Up Stores Are Here to Stay

Retail centers and retailers alike have honed their strategies of using multiple pop-up stores to generate customer traffic, introduce new merchandise and test new concepts. Some are doing so for the first time.

Many Solutions to the Delivery Dilemma

Retailers are pursuing multiple strategies to both provide same- or next-day delivery and do so at a manageable cost. Many of their solutions entail enticing the customer to pick up their order at a store or third-party location, including drug stores, craft-store chains, dollar stores and even auto-parts stores.

Resale shops and websites have made inroads as gift-buying destinations, even for luxury items. An Accenture survey found that 48 percent of consumers would buy pre-owned apparel and accessories as gifts. The survey also found that 56 percent would accept pre-owned merchandise as gifts this season.

One strategy being employed by luxury resellers, among other retailers, this season is a 'buy now, pay later' system in which shoppers can enroll in short-term, flexible payment programs to finance big-ticket purchases.

"Shoppers have more options than ever this season, whether in stores, online or, increasingly, a combination of the two," said Anthony Buono, CBRE Global President, Retail. "The physical store remains the dominant venue for holiday shopping, especially as retailers improve the experience they offer customers with pop-up stores, on-site events, loyalty rewards and other incentives."
Sponsored by
Related News Stories 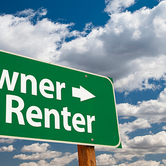 U.S. renters spent a cumulative $4.5 trillion on rent during the 2010s. That's more than the GDP of Germany or the combined market values of Apple, Microsoft, Amazon and Alphabet.