According to AAA, more than 103 million Americans--the most on record--are expected to travel for the year-end holidays. This represents a 1.5 percent increase, or 1.5 million more people traveling, compared with last year. This comes despite one fewer travel day this holiday season. The year-end holiday travel period is defined as Friday, December 23 to Monday, January 2, 2017.

The increase in holiday travel this year is being driven by additional consumer spending, a result of improvements in the labor market and rising wages. Additionally, low gas prices and increased consumer optimism will prompt more Americans than ever to set out on road trips, take to the skies, or board trains, buses and cruise ships to celebrate the holidays. 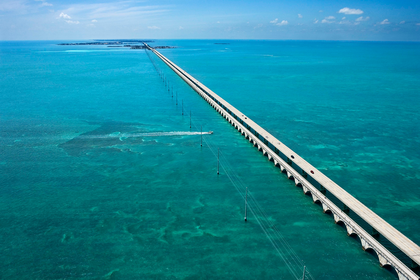 "It's the season for holiday travel, and this year more Americans will travel to celebrate the holidays and ring in the New Year than ever before," said AAA President and CEO Marshall Doney. "Rising incomes and continued low gas prices should make for a joyous holiday travel season."

Most travelers will drive this holiday season

The vast majority of travelers--93.6 million people--will take a holiday road trip, an increase of 1.5 percent over last year. Air travel is expected to increase by 2.5 percent, with more than 6 million Americans flying to their holiday destinations. Travel by other modes of transportation, including cruises, trains and buses, will decrease slightly, to 3.5 million travelers.

AAA estimates U.S. drivers have saved more than $27 billion at the gas pumps so far this year compared to the same period last year. Today's national average price for a gallon of gasoline is $2.23, 23 cents more than the average price on New Year's Day 2016 ($2.00). Most U.S. drivers will pay the second-cheapest New Year's Day gas prices since 2009, when the national average was $1.62.

According to AAA's Leisure Travel Index, holiday airfares are projected to average $204 for a roundtrip flight along the top 40 domestic routes. Rates for AAA Two and Three Diamond Rated lodgings are expected to increase 7 percent, with travelers spending an average of $128 and $160 per night, respectively. Daily car rental rates will average $66, slightly lower than last year's holiday travel season.

With the exception of New York City--an-ever popular holiday destination--warm-weather locales in Florida, Nevada and California top the list of most popular destinations for this holiday season travel. 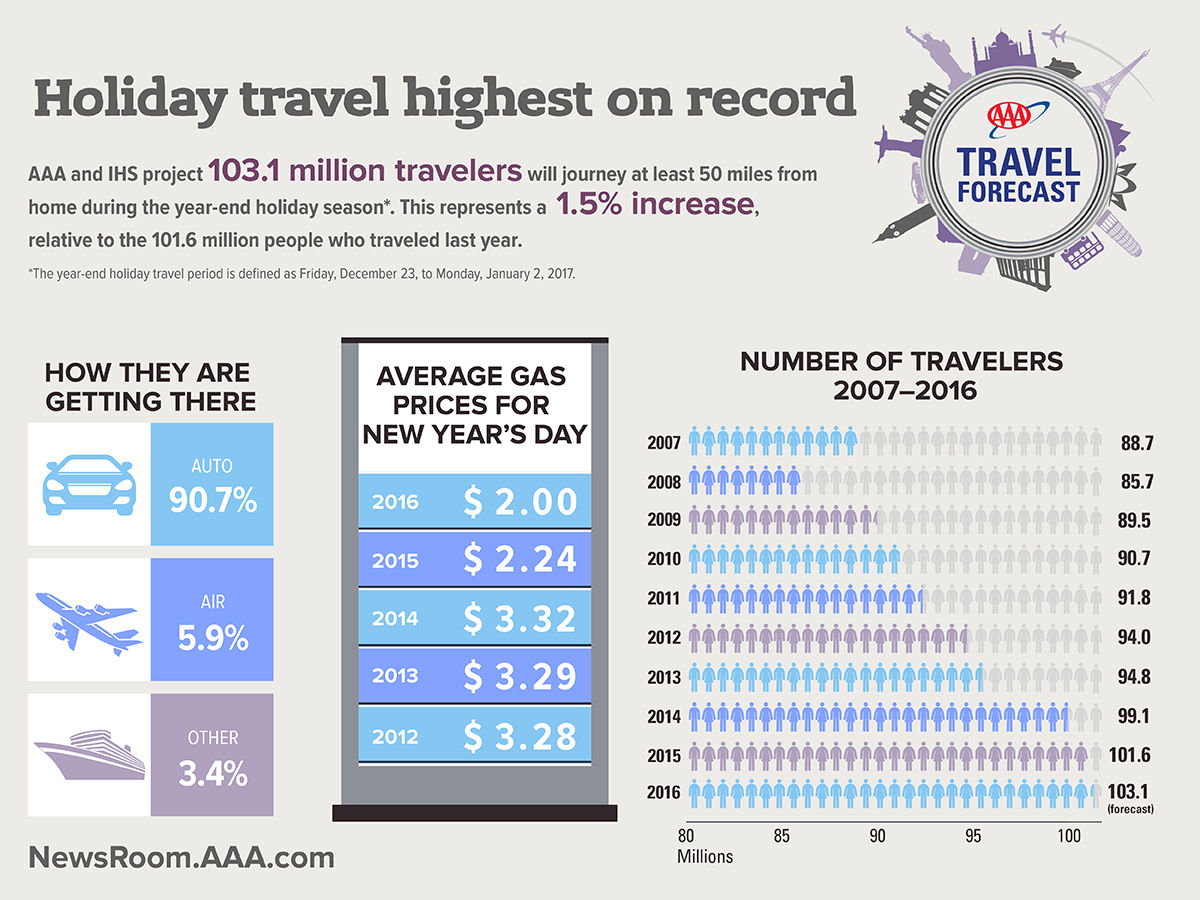