Hong Kong-based developer Swire Properties announced the topping off of its east block tower, the first of six buildings under construction at Brickell City Centre, the $1.05 billion master-planned mixed-use development. The east tower, located at 89 SE Eighth St., will house the project's luxury lifestyle hotel 'EAST, Miami', which is topping off on schedule and in time for its winter 2015 open.

A traditional topping off ceremony at the construction site of the east block of Brickell City Centre was held Dec. 15, marking placement of the last piece of steel into the hotel's 40th floor. Community leaders, elected officials and over 500 construction workers behind the successful construction milestone celebrated with a ceremonial tree installation and pig roast luncheon. After the luncheon, construction workers were provided the rest of the day off. 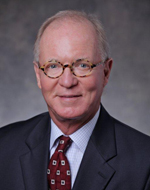 "To be topping off our first building having only broken ground in 2012 is a tremendous achievement and cause for celebration. We owe this milestone to our outstanding construction team," said Stephen Owens, president of Swire Properties. "We are extremely proud of the work accomplished. To see our first tower topped is exhilarating and indicative of the hard work and planning accomplished in collaboration with all our teams. And it marks the arrival of EAST, Miami hotel."

EAST, Miami is artfully integrated into the 5.4 million square-feet of Brickell City Centre, offering 263 rooms and 89 serviced apartments. The hotel will also have a signature restaurant by internationally renowned La Huella and an impressive rooftop bar, as well as meeting rooms, a pool and a state-of-the-art fitness center.

Brian Williams, managing director of Swire Hotels said, "The team should be incredibly proud of what they have built here at Brickell City Centre today with the topping out of EAST. The Brickell City Centre development as a whole is a landmark in the changing face of Brickell and we are delighted with the work that has been created for us, perfectly on time, in EAST, our first U.S. hotel for Swire Hotels."

"We owe this tremendous construction milestone to the men and women of our construction team who have been onsite every day to keep this transformative project moving forward, all the while meeting Swire's high standards for quality and excellence," said Louis Brais, senior project executive of Americaribe and John Moriarty & Associates of Florida, the super structure contractor.

Several other towers at Brickell City Centre are also racing upwards, with the project's two condominium towers, "Rise" and "Reach", topping off in January and February, respectively.