The first quarter of 2015 saw a departure from the historic trend, with CBRE Research reporting the US as the top destination for Asian outbound investment, with $3.3 billion. Europe featured in second place, with $2.5 billion. These include investment in standing assets only, while, beyond that, Asian investors are very actively perusing development opportunities - with at least $600 million known to have been invested in development in the Americas region in Q1 2015.

Marc Giuffrida, Executive Director of CBRE Global Capital Markets says, "Asian outbound investment enjoyed a strong start, as a number of key deals stretched into the quarter, but we also saw under bidders moving on to alternative deals which kept the numbers buoyant. The US firmed as a favorite destination weighted with the closing of some key trophy deals, and we are also seeing strong demand from Chinese-based developers in the lower price brackets particularly along the West Coast."

The increasing activity in total Asian outbound investment and US real estate is in line with CBRE's 2015 APAC Investor Intentions Survey, wherein 32% of respondents expressed the intent to deploy capital outside of APAC, with a further 12% expected to spend more than in 2014. The strong economic recovery and sustained low interest rate environment in the US have prompted some investors to shift their focus from Western Europe to North America, with 43% preferring North America, closely followed by Europe with 42%, opposed to a respective 20% and 23% split reported back in the 2014 APAC Investor Intentions Survey. Overall, investor interest towards Europe and the Americas is more or less on a par, oppose to Europe being clearly in the lead throughout the 2007-2012 period. 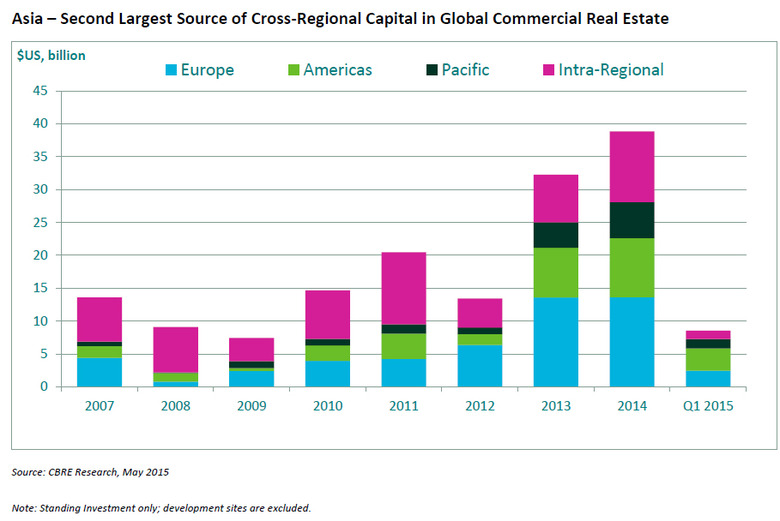 Mr. Giuffrida added, "Based on our work levels, we expect to see growing interest in opportunities within Germany, while in UK regional areas this could be in office, retail and logistics. They are being drawn by the higher real-time yields, and we are now seeing rental growth. Development sites will continue to be popular amongst developers but as growth is coming back to Europe, we foresee opportunities in commercial development as an alternative to buying core office buildings. Perhaps the most interesting area for growth is underway in the alternative space such as student accommodation, as well as health and aged care. The latter are two strategic areas where given the rapid shift in elderly demographics in Asia and around the world, we can expect the acceleration of patient capital providers from insurance groups and conglomerates." 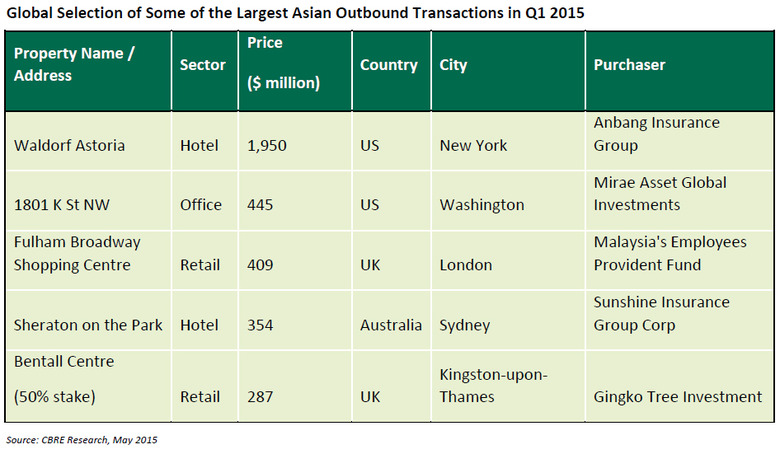