According to a new survey of more than 150 major international brands released last week by CBRE Group, retailers are expanding their networks of stores internationally this year despite the presumed headwind of online shopping, with a greater percentage eyeing growth in the Americas than last year.

The survey produced results that hint at a positive correlation, rather than an adversarial one, between the growth of online sales and retailers' expansion of their ranks of bricks-and-mortar stores. Specifically, 83 percent of the survey's respondents said their store-expansion plans won't be affected in 2016 by the growth of e-commerce.

To that end, in naming their greatest concerns for 2016, only 22 percent of responding retailers listed "stiff competition from online retailing." That ranked behind five other concerns, led by real-estate cost escalation (56 percent) and unclear economic prospects (42 percent).

One reason for retailers' optimism about growth of both online and offline sales is that the former has allowed them to be smarter and more efficient about the latter. While few retailers are opening stores in the U.S. at the pace they did in the go-go 1990s and early 2000s, the stores that are opening in 2016 are better located for their customers and better suited to shoppers' tastes because of insights provided by e-commerce. 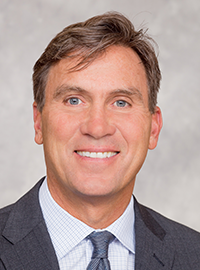 "Retailers are becoming smarter and more efficient in their site-selection process, and a lot of that comes from e-commerce," said Brandon Famous, CBRE's Senior Managing Director of retail representation in the Americas. "When a retailer sees that a lot of its online sales come from Asia, it will look to open stores there. Retailers' success rate now is much stronger because they have much better information about their customers."

Asia remains a preferred destination for expanding American retailers due to the population density and income levels in its major cities, as well as the region's affinity for U.S. luxury brands. However, many retailers need a local partner to expand in countries such as China and India, and slow-to-develop supply chains in some countries can hinder growth.

In Europe, American retailers often find steady demand across major cities, mature supply networks and easy currency adjustments. Those factors help to explain why western European countries claimed the top three spots in CBRE's 2016 survey. It is difficult, though, to find or assemble in Europe the large store spaces favored by American retailers. 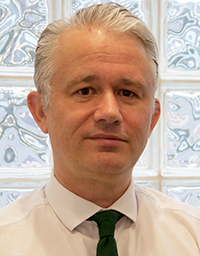 "If you're in the fashion business, the U.S. customer is quite different once you get outside of the big, cosmopolitan cities like New York," said Mark Burlton, Global Executive of CBRE's Retail Representation team in Europe, the Middle East and Africa, specializing in cross-border expansion. "Even on-trend brands have struggled in places like Chicago, where the customer is more conservative. The U.S. is a big, wealthy country with a lot of great cities, but you have to approach it with a bit of caution until you know what you're getting into."

The survey also revealed that 17 percent of respondents plan aggressive expansions of 40 or more new stores globally in 2016, up from 9 percent in the 2015 survey. Most respondents (67 percent) intend to open up to 20 stores this year.

Respondents ranked the most common shopping-center formats in which they are opening stores as street shops (76 percent), regional shopping malls (72 percent), open-air centers (45 percent), transit hubs (20 percent) and outlet centers (18 percent), among others.