The paper analyzed three tiers of open-air shopping center markets categorized by their average cap rate in 2014. Based on an analysis of cap rate levels and cap rate spreads between the three tiers, pricing by deal size over $20 million, liquidity and the outlook for fundamentals, CBRE's analysis found that mid-priced, major markets like Dallas/Fort Worth, Northern Virginia, and Phoenix offer relative value even against secondary, lower-priced markets.

"At this stage in the cycle, there is an abundance of capital chasing a limited number of properties. Opportunities are scarce and pricing is high in most gateway markets, so investors have to look elsewhere to find value," said Spencer G. Levy, CBRE's head of research in the Americas. "The current spread between cap rates in major and prime markets has rarely been as high as it stands now. As such, investors in major markets are being unusually well-compensated relative to investors in the nation's prime markets."

Analysis provided by CBRE Research shows that current spread between cap rates in major and prime markets has rarely been as high as it stands now. The Q4 2014 spread premium offered by major markets against prime markets was 44 bps, compared to the long-term average of 26 bps.

Other findings in the report include: 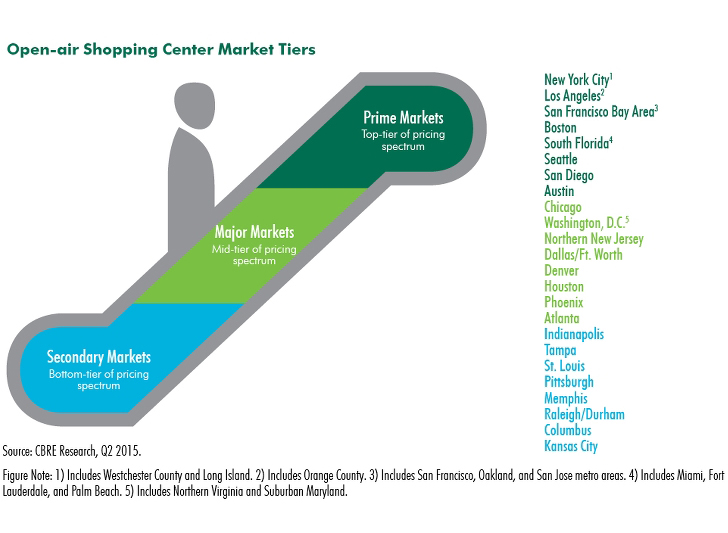