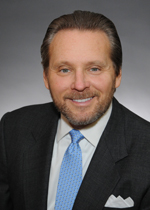 To put this number in perspective, the lowest turnover we have seen in the last 25 years was 1.6% in 1992 and 2003, both of which were years at the end of recessionary periods and cyclical highs in unemployment. Transaction volume for the second quarter of 2009 has remained flat when compared to the first quarter.

While the volume figures above reflect activity across all property types, below we examine pricing trends based on product type.

In other property types, median $/SF for 1-4 family homes was $1,484 per square foot in 1H09. Office buildings came in at $392 per square foot, hotels at $997 per square foot and retail at $1,071 per square foot. It should be noted that there were only 2 hotel sales in 1H09, so this is statistically insignificant.

In general, the Manhattan building sales market has seen a reduction in activity and value. The trend has certainly been toward smaller transactions, for which there is plentiful debt available from community and regional banks. We have also seen a resurgence of high net worth individuals and old-line families who had been overpowered by operators backed by institutional capital for the past several years.

We have also seen a noticeable impact on the market by high net worth, private individuals from overseas. We have not seen foreign investors in these numbers since the mid-1980s.

We anticipate the volume of sales increasing slightly as we move past the paralysis in the market which we witnessed after the failure of Lehman Brothers on September 15, 2008 and the dismantling of Wall Street as we knew it. Based on current market activity, we expect volume to increase as prices drop in 2H09 due to eroding fundamentals and increasing unemployment.