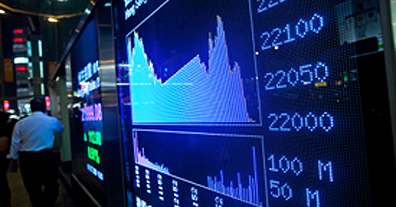 "The Hotel Stock Index was back in positive territory in April after a decrease in March, and that's a good sign for the industry as summer approaches," said Randy Smith, chairman and cofounder of STR. "It appears as though investors are happy with where the industry fundamentals stand. We project for a solid summer season ahead for the U.S. hotel market, which should be good news for those investors who are bullish on the sector."

"Mixed earnings reports that came out in April led investors to question the strength of the recovery," said David Loeb, senior hotel research analyst and managing director at Baird. "We believe bad weather and the shift in holidays had an impact on corporate and group demand. We remain optimistic RevPAR comparisons will accelerate in the second half of the year, likely driving better stock performance. Industry trends have improved since the end of the first quarter, and upside surprises could be possible in second quarter earnings given improving fundamentals and relatively low expectations."

Robert W. Baird & Co. (Baird) and STR partnered to create the Baird/STR Hotel Stock Index-the first widely available U.S. hotel stock index in the hotel industry. The Baird/STR Hotel Stock Index was set to equal 1000 on 1 January 2000, as its starting point. The Index reached its peak of 3178 on 5 July 2007. The Index's lowest point occurred on 6 March 2009, when it dropped to 573.