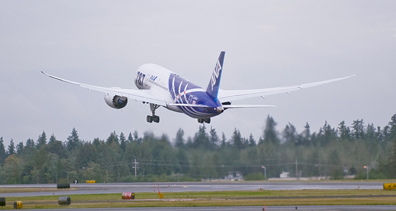 Boeing's long awaited 787 Dreamliner was officially delivery yesterday to Tokyo-based ANA during a ceremony adjacent to the factory where the state-of-the-art airplane was assembled. More than 500 employees representing the 787 program walked alongside the all-new jetliner to present it to ANA executives as a crowd of thousands looked on.

"Today we celebrate a significant moment in the history of flight," said Jim McNerney, Boeing chairman, president and CEO. "The 787 Dreamliner is the biggest innovation in commercial aviation since the Boeing 707 introduced the world to passenger jet travel more than 50 years ago. I want to thank ANA and all the employees of Boeing and our partner companies for the talent, technology and teamwork that have brought this game-changing airplane to life."

"It's not often that we have the chance to make history, do something big and bold that will change the world in untold ways and endure long after we are gone," said Albaugh. "That's what the 787 Dreamliner is and what ANA and Boeing have done together - build what truly is the first new airplane of the 21st century." 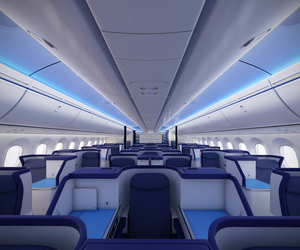 "We are delighted to be taking delivery finally of our first 787. ANA is extremely proud to be the launch customer for the Dreamliner and to have helped Boeing so closely in the development of this state-of-the-art aircraft," said Ito. "The Dreamliner will enable us to offer unrivalled standards of service and comfort to our passengers and will play a key part in ANA's plans for international expansion."

Made from composite materials, the Boeing 787 Dreamliner is the first mid-size airplane capable of flying long-range routes and will allow airlines to open new, non-stop routes preferred by the traveling public. In addition to providing airlines with unprecedented fuel economy and low operating costs, the 787 features a host of new technologies that greatly enhance the passenger experience.

"Today you join the ranks of the legends of our industry," said Pat Shanahan, Boeing Commercial Airplanes vice president and general manager, Airplane Programs. "I have no doubt that 30 or 40 years from now another outstanding Boeing team will be celebrating a new version of the 787 Dreamliner. They will struggle to find the words to express their deep respect and admiration for the hard work you have done in getting us to this day and laying the foundation for a strong future for Boeing and for our industry."

"I've been inspired by your passion, your commitment and your dedication. You made the 787 Dreamliner a reality," said Scott Fancher, Boeing Commercial Airplanes vice president and general manager, 787 program. "Your achievement we celebrate today is extraordinary, and it will be remembered for years to come." 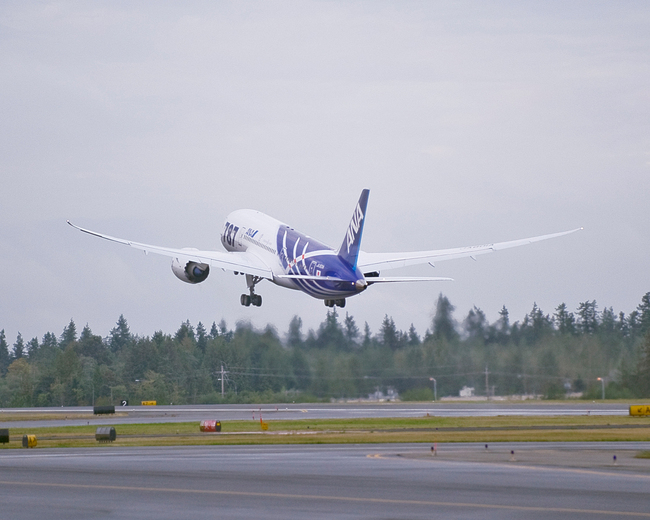