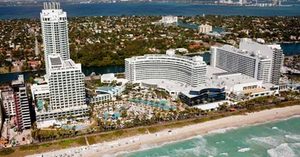 According to STR, the U.S. hotel industry reported increases in all three key performance metrics for second-quarter 2010 in year-over-year measurements.

"The second quarter was solid, reflecting continued improvement in the industry's recovery cycle," said Bobby Bowers, senior VP at STR. "RevPAR increased more than 8 percent, which was slightly lower than Q1 but on a much more difficult prior-year comparison. ADR growth continued at a frustratingly sluggish pace, and occupancy increased for the sixth consecutive quarter. In the second half of the year, we expect increased ADR contribution to RevPAR gains as occupancy growth settles to more sustainable levels and improved operator confidence translates into more aggressive pricing."

None of the top markets reported decreases in either ADR or RevPAR for the quarter.