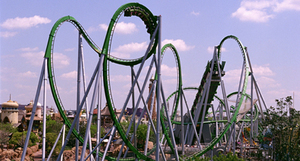 "AAA is projecting a decrease in the number of Labor Day travelers as some Americans react to recent economic uncertainty and increasing air fares," said Glen MacDonell, director, AAA Travel Services. "While automobile travel is expected to increase slightly, if recent declines in gasoline prices continue through Labor Day, we could see an increase in last-minute holiday weekend travel."

The decrease in expected travelers is a result of a mixed economic outlook, consumer uncertainty regarding the overall economy, and recent downturns in economic factors that affect discretionary income, which is particularly relevant to the travel and tourism industry. Real disposable income is up just 1.3 percent, which is being offset by the travel price index rising 6.7 percent since last year, due primarily to rising transportation costs. The housing market remains depressed, with new and existing home prices down 2.4 percent and 3.4 percent, respectively.

AAA's projections are based on economic forecasting and research by IHS Global Insight. The Boston-based economic research and consulting firm teamed with AAA in 2009 to jointly analyze travel trends during the major holidays. AAA has been reporting on holiday travel trends for more than two decades.

Since airfares has risen 13 percent, the number of holiday air travelers expected to decline for this major travel holiday.

Approximately 27.3 million people (87 percent of holiday travelers) plan to take to the nation's roadways this Labor Day holiday weekend. This is a slight increase of 0.5 percent from the 27.2 million Labor Day 2010 auto travelers, and a three percent increase in the share of total holiday travelers from last year's 84 percent. Automobile travel remains the dominant mode of holiday transportation.

Almost 2.5 million leisure travelers (eight percent of holiday travelers) will fly during the Labor Day holiday weekend, a 1.9 percent decrease from 2010. Rising fuel costs, combined with steady air travel demand, have resulted in rising airfares over the past few months. According to AAA's Leisure Travel Index, Labor Day airfares are expected to be 13 percent higher than last year with an average lowest round-trip rate of $202 for the top 40 U.S. air routes. Increasing airfares and fees are factors contributing to the decline in air travel, the first expected decline for a major travel holiday in 2011 as forecast by AAA.

Travel by other modes of transportation expected to decrease sharply

Other modes of travel (trains, watercraft, multi-modal travel) will make up the remaining five percent of total person-trips (1.7 million travelers), down from the 2010 share of eight percent, but well above the four percent seen in 2009. Travel via these modes is extremely volatile from year to year, with 2011's 34 percent decline in expected travelers falling well within historical averages. These modes are more highly utilized by those within lower income brackets, and as such, are highly sensitive to changes in disposable income as well as the travelers' confidence in the economy and their finances. Consumer confidence in the economy has been trending down in recent months, and according to a survey of traveler intentions, the share of travelers from the lower income bracket is expected to decline from 41 percent in 2010 to 37 percent in 2011. This combination of factors has resulted in the steep decline in travel via these modes forecast for this holiday period.

Hotel rates are expected to increase six percent from one year ago with travelers spending an average of $148 per night compared to $139 last year. Travelers planning to stay at Two Diamond hotels can expect to pay eight percent more at an average cost of $110 per night. Weekend daily car rental rates will average $43, a seven percent decrease from one year ago.

According to a survey of traveler intentions, the average distance traveled by Americans during the Labor Day holiday weekend is expected to be 608 miles, only slightly less than last year's average travel distance of 635 miles. Median spending is expected to be $702, largely unchanged from $697 last year. Fuel and transportation costs combine to consume the largest share of holiday spending (27 percent), followed by accommodations (22 percent), food and beverages (21 percent), shopping (13 percent), entertainment and recreation (12 percent), and other costs (five percent).

A consistent story throughout the year has been the significant increase in gas prices. The current national average price for regular unleaded gasoline is approximately $3.57 per gallon, about 86 cents higher than one year ago. Down nearly 10 percent from their May peak, gas prices will have less of an impact on Labor Day holiday travelers than they had on Memorial Day and Independence Day holiday travelers, during which 42 percent and 44 percent of travelers, respectively, stated gas prices would impact travel plans. Seventy-one percent of intended Labor Day holiday travelers said gasoline prices would not impact their travel plans. For the remaining 29 percent who said gas prices would impact their travel plans, 20 percent plan to economize in other areas while the remaining nine percent are divided between changing their mode of travel and taking shorter trips.