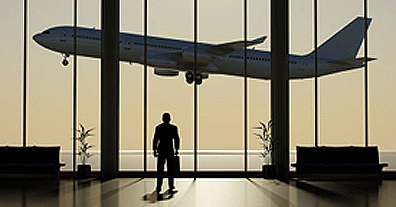 In simultaneous bi-coastal events this week, Orange County Mayor Teresa Jacobs along with City of Orlando Mayor Buddy Dyer in Orlando, Fla. and Visit Orlando President and CEO Gary Sain in San Francisco announced Orlando drew a record-breaking 51.455 million visitors in 2010, up 10.5% from 46.6 million in 2009. Domestic visitation accounted for 47.78 million visitors, a 10.3% increase over 2009; and international travel totaled 3.675 million, an increase of 12.6% from 2009.

"Despite the challenging economic times, the Orlando tourism and meetings community continued to invest in new hotels and attractions. Visit Orlando launched aggressive global marketing campaigns showcasing that Orlando offers visitors something they can't get anywhere else - world famous attractions, value for their money and an experience they will never forget," said Gary Sain, President & CEO, Visit Orlando, speaking to an audience of worldwide media at the annual International Pow Wow conference organized by the U.S. Travel Association. "The fact that Orlando bounced back in 2010 with the most visitation in not only Orlando's history, but the most of any U.S. destination, shows our aggressive leisure and meetings strategies worked and our message resonated with travelers."

"The tremendous efforts of our tourism industry were instrumental in helping our community weather the recent economic challenges. This is a positive sign for our region and our residents; as travel and tourism goes so does Orlando's economy," said Orange County Mayor Teresa Jacobs. "The tourism industry supports approximately 400,000 jobs for Orlando residents, which generates $13.6 billion in wages. This news is a win win for our residents and our community." 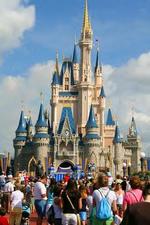 "Travel and Tourism is our number one economic engine by far. It also gives back to our community through support of the arts, education and community organizations," said City of Orlando Mayor Buddy Dyer. "These numbers are tremendous. For our region to continue its recovery, we need for our Travel and Tourism economy to lead the way. Today's announcement is wonderful news and I am so proud of our Travel and Tourism partners for their success."

To attract visitors throughout 2010, Visit Orlando initiated new marketing campaigns in its top feeder markets - the U.S., Canada, the U.K. and Brazil - reinforcing the tagline, "Orlando Makes Me Smile." A new meetings and conventions marketing effort touted Orlando as the destination "Where Inspiration Meets." Visit Orlando also showcased the destination's offerings to thousands of tour operators and travel professionals at numerous key travel industry trade shows throughout North America, Europe, Latin America and Asia and was instrumental in driving additional air service to Orlando from domestic and Central and Latin America carriers.