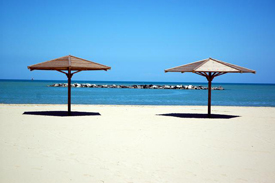 (ORLANDO, FL) -- Although most travel service suppliers have watched many of their clients "trade down" to more affordable transportation, lodging and related options in recent months, "affluent travelers" (those with an annual household income in excess of $150,000, the top 8% of U.S. households) appear to be bucking the trend.

And although affluent travelers, too, have been adversely affected by the financial turmoil that has emerged in recent months (particularly as it relates to the degradation of the value of their investment portfolios), they remain rather sanguine with respect to their future travel intentions for both leisure and business as revealed below:

As revealed by the data, 9% (net) of affluent travelers expect to take more leisure trips during the next 12 months than they did during the previous year. A slightly higher percentage (13% net) of affluent business travelers report a similar intention, and both numbers augur well for future demand from this highly desirable market segment. And although affluent travelers intend to spend more on travel services in the year ahead, other insights revealed in the survey suggest they will be demanding far more for their travel dollar!