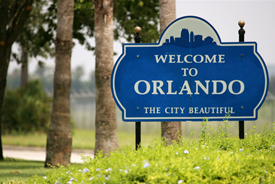 Are Staycations Here to Stay?

One of the presumed consequences of the Great Recession has been the emergence of a new form of leisure travel called a "staycation," or the propensity of individuals to select a vacation destination closer to home as an alternative to traveling to a more distant destination, presumably as a result of budgetary constraints at the household level.

Our investigation of this "trend" last year suggested that it was more media myth than reality (fewer than 10% of leisure travelers acknowledged they had taken one), yet the results of our new Portrait of American Travelers reveal that consumers' may now, in fact, be taking more such vacations than reported previously.

Specifically, fully one out four leisure travelers in America with an annual household income over $50,000 took at least one overnight leisure trip/vacation in their local area (within a 50-mile drive radius of their home) as an alternative to vacationing in a destination that would have required traveling a greater distance at least once during the previous twelve months.

The incidence is more pronounced among younger travelers (Millennials and GenXers) than older travelers, yet equally evident across all households regardless of annual household income as revealed below:

On an equally surprising note, "staycations" are more likely to have been taken by unrelated adults living together (versus those who are married), and adults with children in residence at home:

SeaWorld Orlando Manta - Riders on Manta get ready to drop over 100 feet and find out what it's like to spin, glide, skim and fly like a giant ray as they experience the only flying roller coaster of its kind in the world.

These data suggest the phenomenon is more than a fanciful term that captured the imagination of journalists eager to report on yet another manifestation of the impact of the poor economy on the travel industry. On the contrary, "staycations" appear to be real and represent a discernible, short-term shift in consumers' leisure travel behavior, if only for last year. It is important to understand, however, that the typical leisure traveler takes an average of four leisure trips annually, so one should not come to the erroneous conclusion that "staycations" have necessarily replaced all well-established patterns of leisure travel. But the implication for travel service marketers is clear: local and regional origin markets retain considerable potential for generating incremental business in the year ahead, and this potential is likely to remain robust through the duration of 2010 and well into 2011.