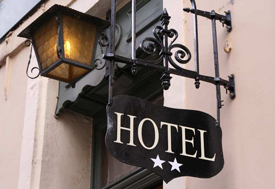 According to data from Smith Travel Research (STR), the U.S. hotel industry reported mixed results in the three key performance metrics during the week of September 11th, 2010.

In year-over-year comparisons, occupancy increased 2.7 percent to 54.2 percent, average daily rate fell 2.0 percent to US$92.84, and revenue per available room ended the week virtually flat with a 0.7-percent increase to US$50.32.

"After 13 consecutive weeks of increases, the numbers were a bit down this week," said Steve Hood, senior VP at STR. "Rosh Hashanah, which was on 9 September 2010 compared to 19 September 2009, had an effect on the numbers. Also, looking at the Chain Scale segments, the Upper end hotels took the biggest hit. The Luxury segment and the Upper Upscale segment were the only two segments to report decreases in all three of the key measurements."

Among the Top 25 Markets, New Orleans, Louisiana, achieved the largest increases in all three key performance metrics. The market's occupancy rose 55.1 percent to 58.7 percent, ADR increased 15.5 percent to US$96.61, and RevPAR soared 79.1 percent to US$56.73. Performance for the week was boosted by the opening night of the NFL football season as well as various conferences in the area, Hood said.