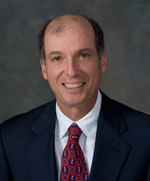 In year-over-year measurements, the industry's occupancy fell 11.1 percent to end the month at 56.4 percent. Average daily rate dropped 9.4 percent to finish the month at US$98.37. Revenue per available room for the month decreased 19.5 percent to finish at US$55.48.
"While the industry's performance continues to struggle from an occupancy rate perspective, for the first time in April there was some positive news," said Mark Lomanno, president of STR. "The transient weekend travel was positive for the month, which means the weekend leisure travelers are at least beginning to entertain the idea of coming back into the marketplace. I still remain hopeful that the industry will see some relief this summer."
The Top 25 Markets reported mixed results in the three key performance metrics, ranging from single-digit increases to double-digit decreases, in year-over-year results: