The return of Japan Prime Minister Shinzo Abe and his monetary policy known as "Abenomics" is jump starting the country's sluggish property sector, many analysts believe.

After years of austerity, Mr. Abe is pouring money into the economy and the Bank of Japan is buying financial assets, including Japanese real estate trusts (J-REITs), the Financial Times reports.

"The policies being implemented at the moment are generally seen as positive for real estate," Andy Hurfurt, head of investment consulting at CBRE in Tokyo, told the paper. "To a degree the BoJ is telling people that they are going to underwrite the J-REIT market." 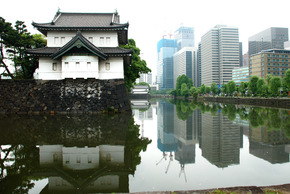 Of the top 10 best performing stocks since Mr. Abe's return to power, five are property-related, the FT notes.

The office market has been particularly sluggish in recent years. In Tokyo's central districts, 8.6 per cent of office space was vacant at the end of March, close to a 30-year high of 9.4 percent hit last June, according to property agency Miki Shoji. Six years ago the rate was 2.5 percent, the FT notes.

Several factors have led to an uptick in investor interest in Japan property, according to media reports. Recent data shows apartment REITs have been the best performing property asset class.

"Despite the swift run-up in the equity market, property bulls believe this rally is only really getting started. Deutsche Bank analysts say that, while the market has already priced in the first stage of an economic recovery, the second and third phases should see further increases in stock prices.

"As long as they keep doing what they're doing, I think we're right at the beginning of something significant. There's a lot of headroom for this recovery to continue," says John Saunders, chief executive of MGPA, a property investment fund. "If they keep getting the politics right, you'll get the whole virtuous circle that is the opposite of what we've lived through for the past 20 years."


But not everyone is convinced. Rents are still 29 percent below 2008 levels, even though valuations are already back to pre-crash heights

"They've fired a big cannon that creates asset price inflation without the necessary structural reforms,"  Paul Guest, head of Asia research at LaSalle investment management, told the FT. "The single biggest worry is that this is a flash in the pan."