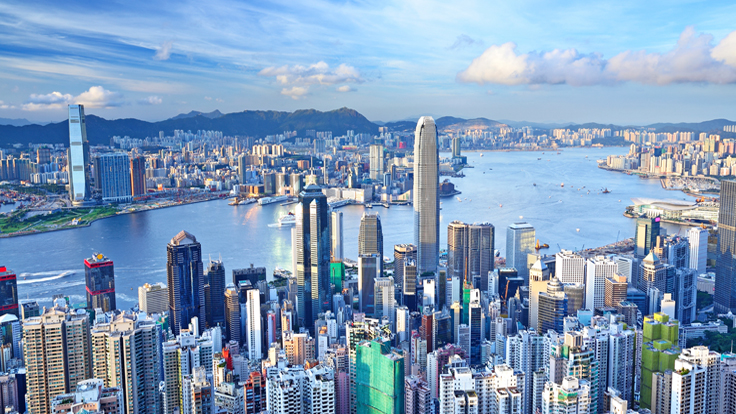 
As confidence in the global economic recovery strengthens, bargain-hunting opportunities in commercial real estate are starting to fade. That's because there is increasing competition as institutional investors, pension funds and sovereign wealth funds once again enter the fray or expand their purchasing plans.

Investors and brokers suggest that buyers must act fast in the year ahead to capture the remaining attractive deals before markets recover fully from the global financial crisis. The level of deals is expected to approach pre-crisis levels in 2014, with debt more freely available and the equity markets open for business again. 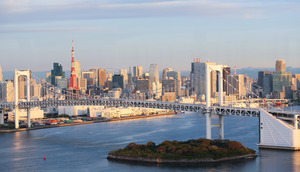 Asian real estate markets never suffered the kind of dropoff witnessed in the West, or had short setbacks. The region has also seen strong cross-border activity from some of the world's largest sovereign wealth funds, such as the $285 billion Government Investment Corp. of Singapore - now known simply as GIC Private -- and the $575 billion China Investment Corp. Pension funds from Korea, Australia and Malaysia have also been active both in and outside Asia.

Those institutions are expected to continue putting money to work next year. In Asia, the level of direct investment into commercial property looks set to hit $130 billion in 2014, according to Jones Lang LaSalle, up from $120 billion this year, and bringing transaction volumes back to levels last seen before the global financial crisis.

"We will see investors move further up the risk curve in search of higher yield, increasing capital inflows into opportunistic and alternative markets such as Vietnam and Indonesia," Stuart Crow, the brokerage's head of Asia Pacific capital markets, says.

Markets such as Hong Kong and Singapore, with some of the world's most expensive office space, look toppy to many market watchers. Office space in Hong Kong's Central district, the second-most expensive in the world behind central London at $182 per square foot per year, has been lagging as a result of continued layoffs and cost cutting by financial institutions, investment banks in particular. Rents fell some 20-plus percent going into 2013 before stabilizing, and will hold steady at best next year. Knight Frank predicts a decline of up to five percent both for values and rents next year. 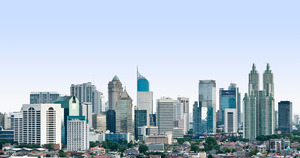 Somewhat surprisingly, Indonesia has posted outsize gains this year. Office property in Jakarta has shown the greatest rental growth in the world, up an eye-popping 85.6 percent in the last year, to $50.28 per square foot per year, according to Knight Frank. The gains have been driven by booming domestic consumption, with the pool of office stock also very small, leading to a scramble for investment-grade property.

However, the Indonesian currency took a bashing when markets were spooked by the prospect of the U.S. Federal Reserve cutting back its asset-purchase program. Rents are likely to slow that breakneck pace given the large number of buildings in the works and a slowdown in Indonesia's strong economic growth, second only to China among major Asian nations.

Fed "tapering" is likely to lead to an outflow of money from emerging markets and volatile emerging-market currencies, a stronger U.S. dollar and higher bond yields in the United States. That could lead to bumpy rides in Indonesia and India, which saw currency drops of more than 20 percent when "taper talk" emerged, before recovering.

Japanese growth is forecast at 1.7 percent next year - no great shakes by Asia's highly revved standards but highly significant in an economy that's suffered more than two decades of deflation. Tokyo office space is renting for prices that are up 25.2 percent per year, at $82.1 per square meter per year, thanks to optimism over Abenomics. But they still remain 40 percent below their peak at the start of 2008, and look to be early into an extended upswing.

The boost from the country winning the 2020 Olympics, as well as building improvements to enhance disaster readiness after the 2011 earthquake and tsunami, give investors and landlords a strong incentive to upgrade B and C grade buildings. Such value-add deals are not without risk but can result in significant rent and capital-value increases, in a market where major Japanese corporations and landlords own many of the best buildings in the five central wards of the capital.

Hong Kong, the world's most expensive retail market, continues to lure luxury brands in particular, which are willing to pay over the odds for flagship stores designed as entry points into the lucrative mainland market. Economic growth is decent, at three percent in the city, but Hong Kong is also driven by consumers from mainland China, growing at 7.5 percent this year and expected to match that in 2014.

China cemented its role as one of the world's biggest sources of real-estate capital over the course of 2013, with a flurry of major deals for developers in countries such as the United States, Britain and Australia. After more than four years of austerity measures designed to rein in property prices in China, it's clear Chinese property companies have set their sights on overseas expansion as a diversification strategy.

In mid-December, the Shanghai-based Greenland Holding Group said it would build a $1 billion twin-tower hotel, retail and condo development on the Korean resort island of Jeju, reviving a development that had stalled for four years thanks to a lack of funding, to build towers of 61 and 63 floors.

Greenland has now committed $10 billion to overseas projects, buying projects in New York, Los Angeles and Sydney. For its part, China Vanke, the country's largest developer by sales, has moved into San Francisco, Hong Kong and Singapore. Those kind of investments are only likely to pick up pace, with Chinese developers also keen to learn international standards from joint venture partners.