Real estate investment trusts are misunderstood in Asia, real-estate executives believe, and may need a regulatory overhaul and a change in behavior if they are to gain broad acceptance in Asia.

A study, "The Impact of REITs on Asian Economies," released this month indicates that REITs have yet to gain broad acceptance in Asia. REITs debuted as early as the 1960s in the United States and the 1970s in Australia but were only introduced between 2000 and 2003 in Japan, South Korea, Singapore and Hong Kong. The world's two most-populous nations, China and India, have yet to produce legislation authorizing REITs, while Indonesia and the Philippines have laws in place but haven't yet had any REIT listings.

Their relative youth has led to some uncertainty about the regulatory regimes in markets such as Taiwan, where 58 percent of property-market executives are neutral about whether the regulatory regime supports REITs. Similarly, 55 percent are ambivalent on the REIT rules in Thailand, and 51 percent in South Korea.

Malaysia and New Zealand also have more than 40 percent of property professionals sitting on the fence about whether their market has the correct rules for REITs.

China has reportedly approved its first REIT, the first step in a move to institutionalize real-estate ownership in the world's second-largest economy that has been anticipated for a decade. Citic Securities Co., China's biggest brokerage by market capitalization, won approval for the product from Chinese securities regulators in January, according to the South China Morning Post, with investors set to earn dividends from rents on two office buildings owned by Citic, one in Beijing and one in Shenzhen.

But the REIT, yet to be created, is a prototype and it's not clear how the asset class will be introduced more broadly. Citic's product will not trade freely and will instead list on the Shenzhen Stock Exchange's block-trading system. That only operates for just shy of five hours a day and requires the exchange of large chunks of shares by institutional investors.

There is still no announcement as to when fully liquid REITs would be allowed for the general trading public. China typically rolls out new investment concepts quietly and tests how they do before codifying the procedures in securities law. 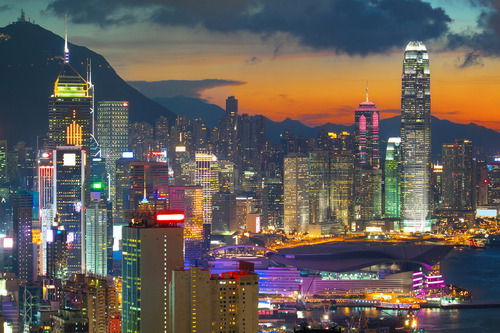 Overseas investors have been able to access REIT exposure to Chinese buildings since GZI went public in Hong Kong in 2005. Since then, several REITs have listed in Hong Kong and Singapore that own assets in China.

Although Hong Kong has one of the largest REIT markets in Asia, behind only Australia, Japan and Singapore, liquidity and performance have been lackluster and new listings have been few and far between. Hong Kong has been urged by the securities-industry group the Hong Kong Financial Services Development Council to overhaul its REIT regulation to allow the funds to develop limited amounts of property. That would inject their performance with a dose of higher-earnings potential, attracting a broader spectrum of investors, but which also introduces more risk.

The Securities and Futures Commission held a month-long consultation period on the topic earlier this year, though no changes have yet to come about. David Webb, a shareholder advocate, says it is sensible to allow REITs to devote 10 percent of their assets to development or redevelopment projects, not least because that would allow them to renovate their existing properties when necessary instead of being forced to sell them.

One issue that has deterred some large investors is the quality of properties being sold into Asian REITs. Some Asian governments view REITs as a way of bailing out distressed property investments at the expense of retail and unsophisticated investors, industry analysts have found.

One Hong Kong-based manager of a large property fund, who did not want to be identified, said he avoids all REITs in Asia because he feels developers sell shoddier assets they no longer wish to hold into affiliated REITs and keep better-performing properties for their own account.

That was particularly true in Japan pre-crisis, where the vast majority of J-REITs are tied to a developer who acts as a sponsor and builds most if not all of the REIT's properties. Those assets were revealed as sub-par by the financial crisis, when many plummeted in value. Some major investors worry the process is happening again now that the J-REIT market has seen a spike in new listings and equity fundraising.

"I believe J-REITs are becoming a dumping ground and deals are getting junkier," Roberto Versace, senior portfolio manager at BNY Mellon Asset Management, said at a November conference in Hong Kong. "We see more valuation in the developers at this stage - that might not be backed up by the earnings today, but we believe earnings growth backs them up better."

"What makes me worry is that the 'garbage can' days may return again," Phanuwit Rico Kanthatham, the director Asia Pacific Real Estate at Babson Capital Cornerstone Asia Ltd., said. "Because of their cost of capital, they can basically buy anything and make it look good. In a few years those deals may look disastrous for them."

As Asia's real-estate industry becomes more and more institutionalized, the quality of properties available for purchase by REITs should improve. It would be encouraging to see greater firewalls between developers and any REITs they have sponsored, and the creation of entirely independent management and boards of directors, which would make the property-selection process more transparent and unbiased.

"The Impact of REITs on Asian Economies" study suggests that REITs play an important role in attracting international investment to Asian markets, in providing liquidity to a hard-to-trade industry, and as diversifiers in a portfolio away from both bond and equity exposure.

The study's positive response is not surprising considering it was sponsored by APREA, which represents the listed real-estate sector in Asia, but it did state that the benefits of REITs are "not yet commonly understood in Asia." The wider public doesn't understand REITs, the study finds, while parts of the media and the investment community have confused REITs with traditional corporate equities and growth stocks.