Based on a new global retail report from Cushman & Wakefield, global trends remain positive for shopping center development.  Although, emerging economies have slowed and development won't match the strength of 2012 and 2013, significant additions to supply are expected from 2014-2016 in major emerging markets like Brazil, Russia, India and China.

Boding well for the property industry is both the significant increase in ultra-high net worth individuals worldwide and improving global economic fundamentals and increased consumer confidence. Global GDP is forecast to grow at a 3.4% rate, the highest since 2011. Household spending will play a significant role in the realization of GDP gains, with spending in the U.S., the euro zone, and China leading the way. Despite declines in growth of recent years, China is still expected to record a global best 4.5% rise in consumer spending in 2014, a number that will accelerate to 5.1% in 2015.

"Retail real estate development is often seen as barometer as the global economy shifts from recovery to growth," said Matt Winn, Global Retail COO and Head of Retail in the Americas.  While the South American economies have slowed, Brazil, Colombia, Peru and Chile will all see additions to their supply in the next few years.  Even in the US, where the ratio shopping center space per capita is higher than everywhere else in the world, there are projects of more than 100,000 square meters under development." 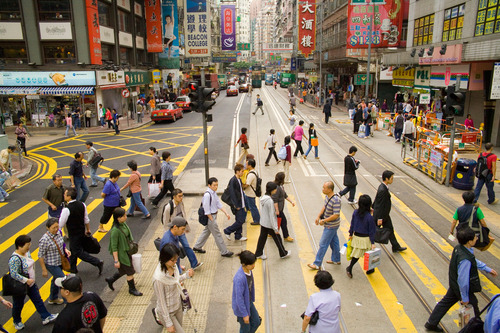 In 2012 and 2013, more than 1,650 new shopping centers were delivered in the countries and markets surveyed. These properties represent 63.9 million sq.m of GLA, 7.0% of overall existing inventory. The U.S., Russia, Brazil, Mexico, India and China drove the majority of the newly added space.  The Americas region accounted for more than 1,000 of the total shopping centers delivered.

The 2014 global development pipeline stands at 38.3 million sq.m, with an expected 1,134 new centers to be completed year end. Asia leads that category in terms of GLA in the pipeline, standing at 22.0 million sq.m for 2014. Over the next three years, Asia will deliver more than 53.3 million sq.m of GLA, nearly five times the total that of its closest competitor, the U.S.

"Asia continues to be a key growth market for retailers offering both mature retail markets like Japan and Australia and the world's largest emerging markets.  In China, the new supply of shopping centers is very significant and there will be a measure of oversupply in some markets," said James Hawkey, Retail Services Leader for the Asia-Pacific Region. "India, Indonesia and Vietnam also have tremendous growth stories."

Global investment in shopping centers was relatively healthy in 2013, and 2014 has started strongly with global retail transactions totaling US$37.9 billion in the first quarter. That represents a 42% year-over-year gain. Momentum in the U.S. and recent trends in India are largely driving that growth. While the last decade's heavy investment in Brazil has waned, Latin America did post some positive performance with strong activity in Mexico.

"Whether new stock or existing centers, asset management and differentiation will be key for the future," said John Strachan, Global Head of Retail.  "Long-established properties are having to assess their formats in order compete with more flexible newly-built centers. So refurbishment, redevelopment, and reinvention will play a role in their success, particularly in how they adopt strategies to engage shoppers whose habits are ever diversifying changing in the age of social media and the ability to be able to shop at anytime and anywhere, whether it is online, in-store or some combination of the two."