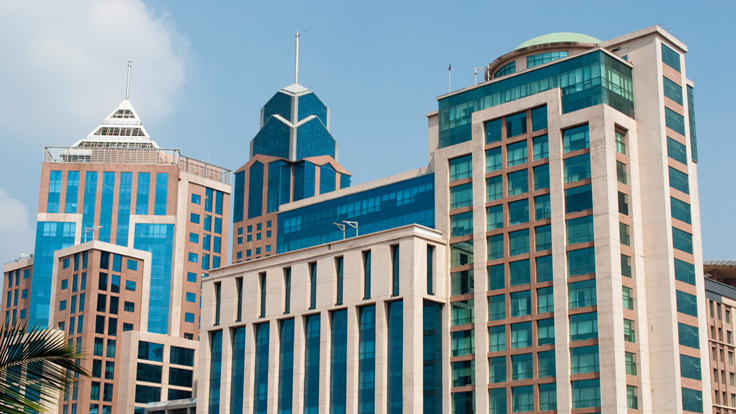 
Office markets in Asia Pacific are expected to show the largest increase in rents in the next four years, as the economy stabilizes and supply remains tight throughout the region.

Asia Pacific office rents will outpace Europe and the U.S. from the end of 2013 through 2017, real estate research firm DTZ reports. The highest growth is expected in India, with Bengaluru forecast to record an annual growth of 8.5 percent.

Meanwhile, office rents in Europe are expected to post a wide range of results, with Prague forecast to show a 1 percent decline in rates, DTZ reports.

The U.S. office market outlook shows less variety. Expected growth in the U.S. is below the global average, ranging from 0.8 percent in Philadelphia to 3.4 percent in New York.

The firm found most global corporations were still hesitant to expand and commit to new office space during the first half of 2013.

Slowing economic growth in China led to a modest average rate increase of 0.8 percent for prime rents in Asia Pacific during the first six months of 2013. The largest decreases for the region were recorded in Mumbai and Shanghai, each falling 3 percent. On the other hand, Jakarta tops the global growth ranking, with average rents increasing by 9 percent during the first half of the year.

"Despite the worsened sentiment in Asia Pacific and the slow-down in China economy, we believe that a stabilizing economic outlook combined with tight supply will put upward pressure on rents across all markets in the region," DTZ reports.

"Economic conditions in Italy and Spain continue to have detrimental impact on occupier demand...landlords have been forced to decrease rents in Rome, Milan, Madrid and Barcelona," the report states.

Rental rents in the U.S. grew by 1 percent during the first half, compared to 0.8 percent last year. San Francisco had the largest regional growth of three percent.

U.S. rents are expected to grow by 1.7 percent in the next five years.

"Occupiers in New York will face the greatest uplift at an annual rate of 3.4 percent, as economic conditions improve and competition for space increases," DTZ reports.