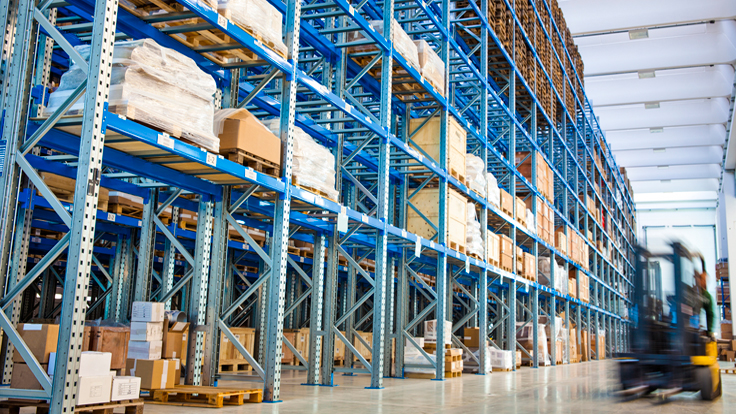 
The volume of industrial transactions in Hong Kong plunged 76.2 percent during the third quarter, compared to last year, according to a report from Savills.

With only 578 deals completed during the third quarter, transaction volumes dropped 15.9 percent from the previous quarter.

There were only 20 major industrial deals -- over HK$30 million -- during the third quarter, compared to 25 deals in the second quarter, as end users were mostly kept on the sidelines by high transaction costs and an uncertain investment environment, Savills reports.

Amid the drop in market sentiment, there was an increase in major/en-bloc deals via company transfer, as buyers aimed to avoid additional costs, such as higher stamp duty.

As a result, warehouse rents increased by 3.9 percent in the third quarter.

The latest government measures in February have diminished short-term investment opportunities, while stalling price growth in the factory sector, Savills reports. However, the report highlights an increase in the number of long-term investors and funds entering the market with renewed interest in the revitalization of obsolete buildings.

"We remain cautiously optimistic about the industrial sector, with both revitalization potential and tight availability supporting the flatted factory and warehouse sectors," Savills said. "While rental growth for both sectors is expected to slow to 0 to 5 percent in 2014 due to a higher base of comparison and slowing genuine demand, we expect price growth to follow a similar pattern over the next 12 months." 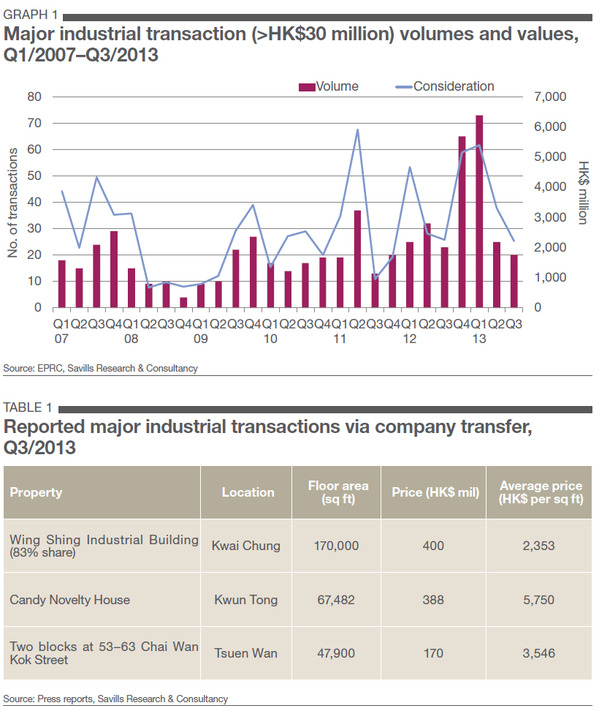