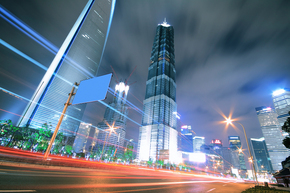 According to Jones Lang LaSalle's Q1 Asia Pacific Office Index Report that monitors grade "A" net effective rents in 27 key markets in Asia Pacific, found that in the first quarter, compared to Q4 2011, rents increased in 13 markets, were static in three markets and declined in 11 markets.

Aggregate rental growth across the region in Q1 2012 averaged just 0.2 percent quarter on quarter, slowing further from 0.9 percent in the previous quarter.  The Index also reported that most major Asia Pacific markets saw increasing or stable capital values in 1Q 2012.   Across the region, the average quarterly increase in capital values was 0.8 percent, slowing moderately from the 1.2 percent recorded in 4Q 2011.


Jeremy Sheldon, head of Asia Pacific Markets at Jones Lang LaSalle tells World Property Channel, "We continue to see a mixed picture across the office leasing markets in Asia Pacific.  Whilst continued take-up from domestic companies is driving growth in markets such as Jakarta and across India, we have seen leasing demand slow elsewhere as a result of overall caution amongst corporates, the de-leveraging in the financial sector and slower supply additions in some markets.  From an occupier perspective, maximising the productivity of their occupied real estate is the focus and if we see further declining rents in the more financially orientated markets, the opportunities to achieve this goal could be greater."

Dr. Jane Murray, head of Asia Pacific Research at Jones Lang LaSalle added, "Continuing global economic uncertainties, particularly in the Eurozone, have impacted corporate hiring and office leasing demand in Asia Pacific in the first few months of 2012. The Asia Pacific economy should still grow significantly faster than the rest of the world this year, although most countries in the region are likely to see a moderate economic slowdown compared to last year. This should result in a similar slowdown in aggregate leasing volumes during 2012, following a record year for take-up of space across Asia Pacific in 2011."


Looking ahead, Sheldon says, "In spite of an expectation for overall leasing demand to weaken moderately this year, we still expect positive rental growth for most markets in Asia Pacific this year. Jones Lang LaSalle anticipates single digit rental growth for most markets for 2012, with the strongest growth of up to 25 percent likely to be seen in markets such as Beijing and Jakarta. Hong Kong and Singapore are likely to see some further declines. A few other markets such as Seoul and Taipei are also likely to see either no growth or some residual rental declines. "

Murray further commented, "Capital values are expected to grow at a slower rate in most markets in 2012, due to more moderate rental growth as well as the continuation of tight credit conditions. Despite on-going rental adjustment, capital values should remain largely stable in Hong Kong and fall less than rentals in Singapore. Markets expected to see the strongest growth include Jakarta and Beijing, with increases of up to 30 percent forecast for the full year."