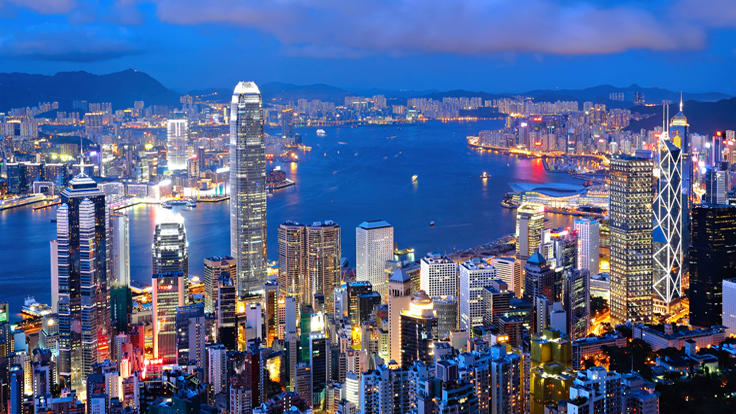 
Wariness over rising interest rates and high property prices in Hong Kong is causing investors to retreat, sending investment volumes to lows not seen in years.

Transaction volumes for offices in Hong Kong dropped 67 percent during the second quarter compared to the previous quarter, according to new data from Savills. Luxury residential transactions on Hong Kong island were 48 percent lower than the first quarter, dropping to its lowest level since 1997 and lower than the third quarter of 2008 during the global financial crisis.

Owners in residential, office, retail, and industrial markets are refusing to drop prices, in most cases leaving only end users in the market, according to Savills.

"Government measures have succeeded in freezing price appreciation across most sectors, with speculators, funds and other investors all exiting the market," Savills reported.

In the office market, there were only 282 deals during the second quarter, compared to 862 transactions during the first quarter. But prices remained relatively stable as landlords "were in strong financial positions and were unfazed by the demand shrinkage," Savills reports.

The large decrease in luxury property deals was attributed to the newly adopted stamp duty which hindered upgrade and investment demand. A "withdrawal" of buyers from mainland of mainland buyers and only a moderate adjustment in prices has stalled the market, Savills said.

"Although the demand pool for properties has been confined to end users, and in redevelopment cases, developers, vendors are taking a stubborn stance with minimal price adjustments," Simon Smith, Savills Research, said in the report. "Volumes have again been hard hit, dropping back to global financial crisis levels."

The retail market suffered from a government double stamp duty and a lower loan-to-value ratio by banks. With less optimism in the market, private commercial volumes declined 69 percent during the second quarter from the previous quarter and dropped 66 percent from last year. The market did record large lump-sum transactions by end users during the second quarter in non-core retail areas, including the approximately 6,600-square-foot shops A and C in the Billionaire Avant for HK$226.4 million (HK$34,018 per square feet).

The industrial sector had the worst performance during the second quarter, with only 25 transactions over HK$30 million, down from 72 the previous quarter, according to the report.

Looking forward, Savills expects the same transaction volumes for the remainder of the year.

"As most vendors in the commercial sectors have sound financial backgrounds and thus tough negotiating stances, volumes in the second half may remain low, with the number of transactions likely to stay at similar levels as in Q2 over the next two quarters," the report states.

The firm expects a "genuine reduction" of up to five percent in Hong Kong office prices during the second half. Meanwhile, luxury residential prices are expected to decline by five to 10 percent as "landlords show signs of a willingness to discount stock," Savills reports. 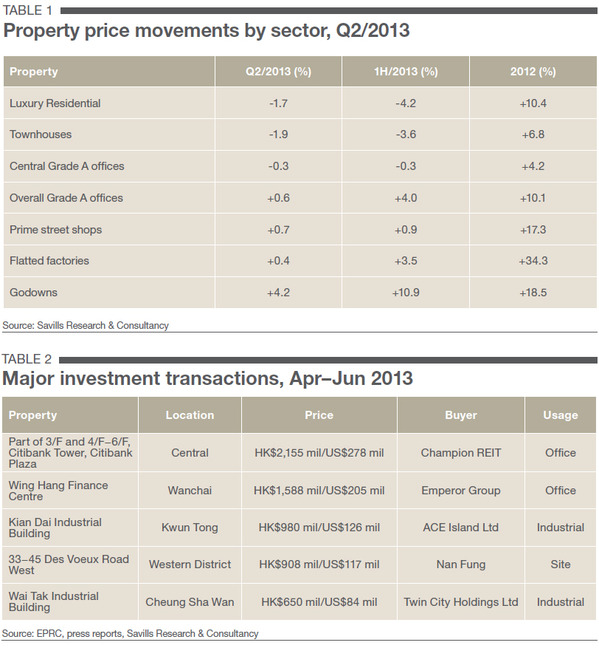 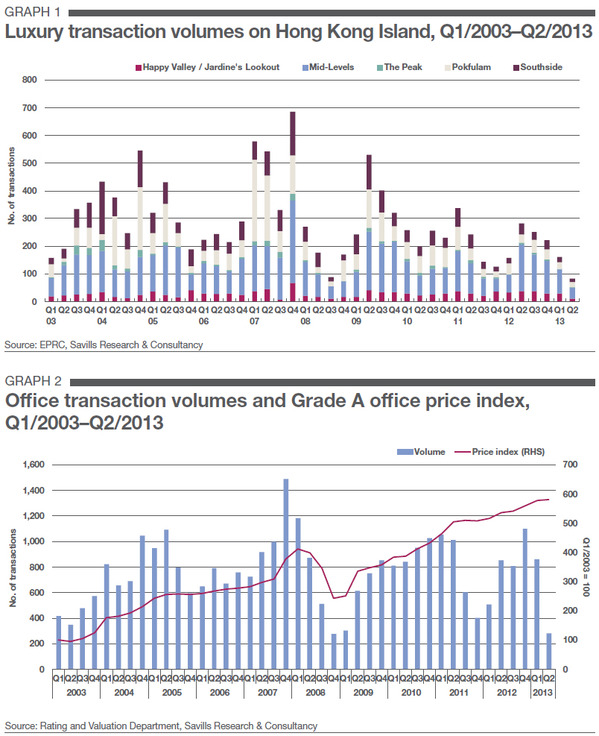