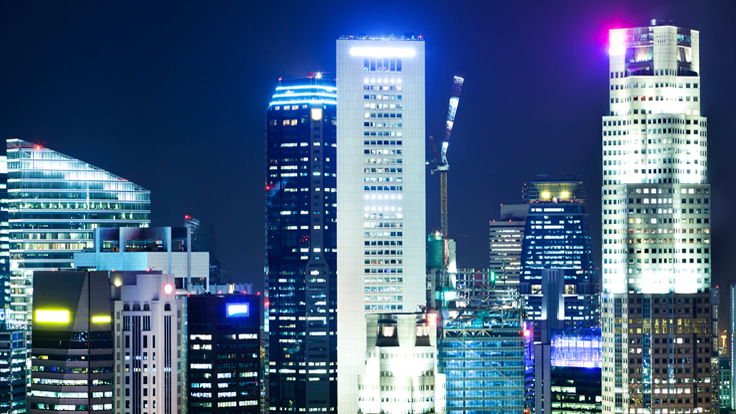 
Several major retail projects are expected to open in Singapore in the next year, which could change the dynamics of one Asia's healthiest retail markets.

More than 2.6 million square feet of retail space is expected to complete over the next four years, consultancy Savills estimates.

Three malls - orchardgateway, Westgate and Bedok Mall - are scheduled to come on-stream by the end of this year. Six more major projects are expected to open in Singapore next year, including 268 Orchard Road.

Savills expects rents on Orchard Road to "stay firm," despite the new supply of space.

"Prime space on Orchard Road will continue to be highly sought-after as Southeast Asia becomes the go-to destination for international retailers," Savills reports. "All eyes will be on the take-up rate of new supply to be released next year, including 268 Orchard Road and Robinsons' space in Centrepoint."

Absorption has remained "healthy" with orchardgateway having pre-let over 90 percent of its retail space. Bedok Mall is already 85 percent pre-leased as of May.

Prime suburban rents have remained at S$31.1 per square feet per month.

"Despite looming supply in the suburbs, landlords still maintained their asking rents but pre-commitment rates had slowed, except for the brisk take-up by F&B (food and beverage) operators and beauty," Savills reports.

Singapore's retail and entertainment hub has enjoyed a healthy pipeline absorption rate with interest from international retailers, but the focus will be on the take-up rate as new supply enters the market.

Prime space on Orchard Road reported demand from new-to-market retailers looking to establish a presence before moving on to other Southeast Asian capitals, according to the recent report from Savills.

Rent prices for prime space remained at S$35.1 per square foot per month during the second quarter. With a growth in population, rising trend of dining out and limited current supply, prime rents are expected to stay the same.

Pre-commitments in upcoming supply is dominated by food and beverage, services and fast-fashion tenants, while specialty retailers are increasingly opting for online store, Savills noted.

Since the pipeline supply is located in largely populated towns, Savills doesn't expect too much adjustment in suburban rents.